The man who racially abused Archer contacted Archer by direct message on Instagram. 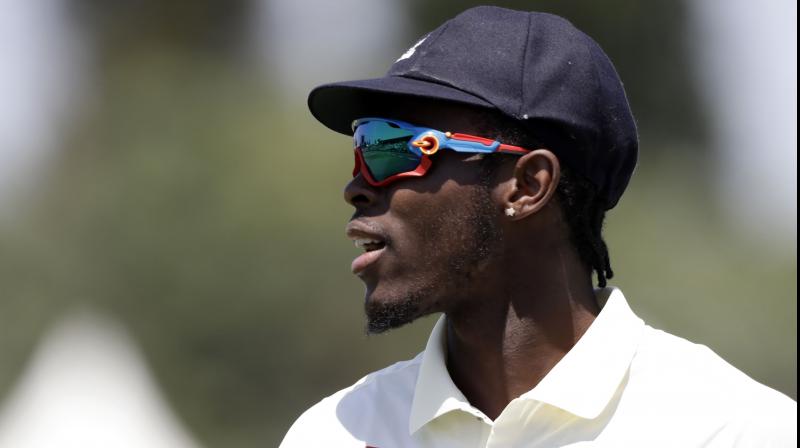 New Zealand authorities are confident of identifying the man who racially abused England's Jofra Archer during the fifth day of the first Test between New Zealand and England. (Photo:AP)

London: New Zealand authorities are confident of identifying the man who racially abused England's Jofra Archer during the fifth day of the first Test between New Zealand and England.

The man who racially abused Archer contacted Archer by direct message on Instagram. As a result, authorities are confident of being able to identify him, ESPN Cricinfo reported.

Pacer Archer had heard the abuse after he was sent back to the pavilion at the Bay Oval. He then went on to report the comments to the team's security at the Ground.

After the match, he also tweeted about the incident and said: "A bit disturbing hearing racial insults today whilst battling to help save my team, the crowd has been amazing this week except for that one guy, @TheBarmyArmy was good as usual also".

England's Director of Cricket, Ashley Giles described the incident as 'serious and unfortunate'.

"It is really unfortunate, it is a shame that sort of thing is still in our society. There was something said from the crowd, from the scoreboard area, which was offensive. Jofra reported this to the steward immediately as he came off. He also reported it to our security as he got back into the changing-rooms. The sense was that it was a racist abuse," ESPN Cricinfo quoted Giles as saying.

"We are working closely with New Zealand Cricket. They are incredibly concerned that this has happened on their patch. We believe it's an isolated incident but we will know more once the investigation is finished," he added.

New Zealand had defeated England in the first Test by an innings and 65 runs.

Both teams will next take on each other in the second Test, slated to begin from November 29 at Hamilton.