KL Rahul, Hardik Pandya have to work their way into Cup team

To keep Pandya and Rahul in limbo was needless powerplay between the two COA members, and fanned the countrywide brouhaha beyond proportion. 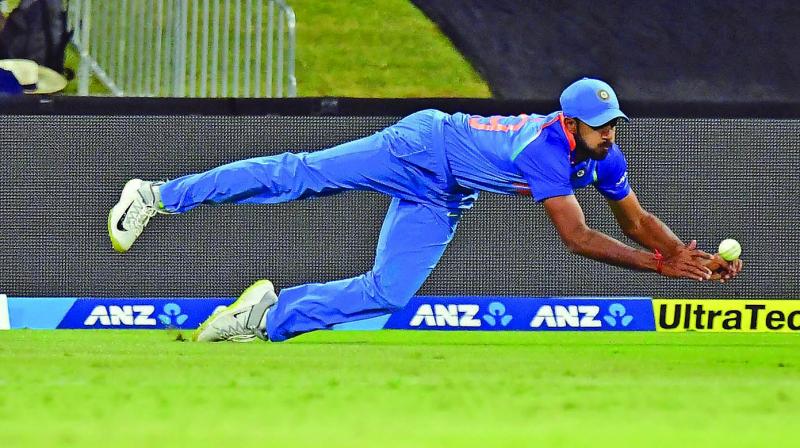 Good sense finally prevailed and the indefinite suspension on Hardik Pandya and K.L. Rahul was lifted last week. New Amicus Curiae P.S. Narsimha advised the Committee Of Administrators on this immediately after taking over from Gopal Subramaniam and the careers of these players has got moving again.

I’ve highlighted in these columns the past couple of weeks that Pandya and Rahul, while guilty of misdemeanour on the Karan Johar talk show, had become hostage to the tug-of-war between COA members Vinod Rai and Diana Edulji.

For this matter to have even reached the Supreme Court was daft, but showed the extent to which relations between Rai and Edulji had soured in the past few months where neither was amenable to reason or cede any ground to the other.

While Pandya and Rahul undoubtedly deserved censure, the quantum of punishment could so easily have been determined after a swift inquiry, as was done in the case against Mohamed Shami in March last year after the fast bowler’s wife has raised several allegations against her husband.

Not just the careers of the players concerned, but also the immediate interests of Indian cricket were being adversely affected, what with the World Cup less than six months away and Pandya and Rahul strong contenders for places in the squad.

If Rai and Edulji couldn’t see eye-to-eye, a panel comprising ex-players and a prominent member from society could easily have been formed to address the issue instead of throwing the matter into a vortex of legalities and bureaucracy.

To keep Pandya and Rahul in limbo was needless powerplay between the two COA members, and fanned the countrywide brouhaha beyond proportion. Rahul Dravid was right in cautioning against ‘overreaction’ and happily the Amicus Curiae seemed to be thinking along the same lines.

Of course, Pandya and Rahul haven’t been completely exonerated. That will depend on how the ombudsman, still to be appointed by the BCCI, views the matter after examining the case, speaking to the players and administrators.

It is fair to believe though that the worst is over for them, hopefully with the lesson learnt about how not to bring themselves, their near and dear ones and the sport they play into shame.

Lifting of the suspension, however, does not guarantee Pandya and Rahul a place in the World Cup squad. Both have to overcome a stiff hardship quotient to ward off the threat from those currently in the ODI team, as well as other aspirants.

Pandya may seem to have an advantage as he has flown to New Zealand for the remainder of the ODI series. The team composition currently doesn’t need tinkering, but he should get at least a couple of games. But he returns from a longish lay-off after being injured and his fitness and form will be under hard scrutiny. His immediate rival for the fast bowling all-rounder’s spot is Vijay Shankar who hasn’t been faring badly.

Rahul has been inducted in the India ‘A’ team to play the England Lions at home. His form in recent months has been disappointingly on-off, and he has to get high scores consistently to warrant a recall to the Indian team.

After Saturday’s emphatic 90-run win over New Zealand, India have eight more ODIs before the team for the World Cup is announced. Competition for places is intense. In my opinion, 4-5 places are still open, and these two players will have to make maximize their opportunities to seal their inclusion.

Meanwhile, the Ranji Trophy season winds down with the final to be played from next Saturday. Defending champions Vidarbha have been brilliant in reaching this stage for the second successive year.

Who they will meet is steeped in suspense. Karnataka appear to have the advantage over Saurashtra after taking a vital first innings lead and battling hard in the second to swell this. But it could still be a tantalizing finish on the last day today, what with run machine Cheteshwar Pujara in the opposite ranks.

If Saurashtra somehow squeeze through past determined Karnataka, it would be nice if Ravindra Jadeja is sent back from New Zealand to help his team play at full strength.

Saurashtra have never won the Ranji Trophy in independent India. The erstwhile princely state of Nawanagar won it twice in the 1930s. Jadeja’s presence would not only boost his team’s prospects, but also give the premier domestic championship the relevance that it generally misses.