Sports   Cricket  27 Jan 2020  Competition gets the best out of an athlete
Sports, Cricket

Competition gets the best out of an athlete

Shorter formant matches played, post ICCWC, have shown that the selectors and the management have accepted their folly. 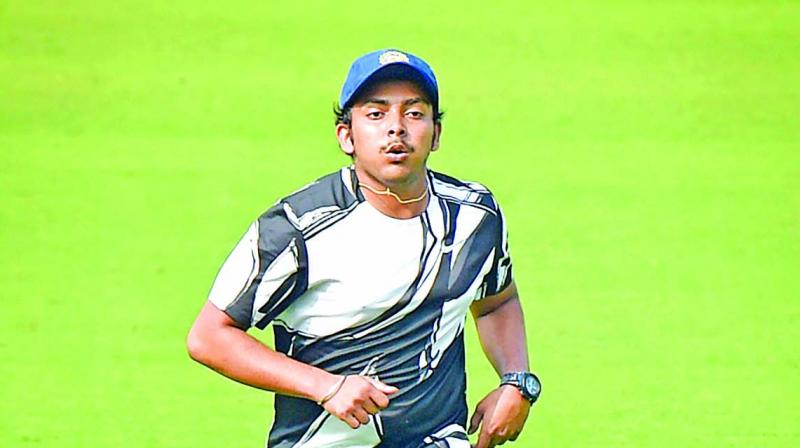 Competition, they say, gets the best out of an athlete. What we have been watching so far, up to the first T20 that India played against New Zealand at Auckland goes to justify that saying. Last year, West Indian great Brian Lara stated that India were resting their shorter format campaigns on two batsmen — skipper Virat Kohli and Rohit Sharma. He would have a different view now adding KL Rahul and Shreyas Iyer to that list.

Till the point of stating that, Lara was bang on the buck. India’s sorry campaign in the last ICC World Cup went to prove that the strategy employed by the national selectors and the team management was running on a different track — not the one that was leading to the Cup.

Shorter formant matches played, post ICCWC, have shown that the selectors and the management have accepted their folly. For starters, leaving MS Dhoni out of the central contracts, by the Board of Control for Cricket in India (BCCI) is the first solid case of looking ahead. Getting Rahul to keep wickets and including Manish Pandey to bat at number six, behind newbie Shivam Dube tells a certain favourite of most cricket fans that he needs to shape up.

Having been dropped from the playing eleven after suffering a concussion against Australia, Rishabh Pant will be ruing his acts of recklessness in most games he played (virtually by default) not to forget going back behind the stumps to make him keep wickets better. There have been many reactions to Pant being benched from many Indian worthies.

Former India opener, Gautam Gambhir lauded Rahul’s role as a batsman wicket-keeper and went on to call him an invaluable middle-management asset who can be groomed for bigger roles. He believes that the team management should have a word with Pant to help him regain his confidence.

Indian legend, Kapil Dev stated that Pant has the talent and needs to keep on getting runs and prove everybody wrong. An important point that the man known as the Haryana Hurricane made was that cricketers like Pant need to realise that they need to look after their own careers and not push the blame on anybody.

Another Indian great, Anil Kumble made a telling point a few weeks ago when he stressed to the current lot of players is that selectors are there to actually drop you (not select you), because you pick yourself. He went on to say that there were and are distractions (in all eras) with various people trying to tell a player what and what not to do.

Kumble would know having sat out for a year, missing the Test series against Australia down under, after he made his debut against England at Manchester in 1990. Going back to the grind of domestic cricket and performing over par in the Ranji, Duleep and Irani trophies helped the leg spinner get back to the Indian team for their first ever series against South Africa and against Graham Gooch’s Englishmen in 1992/93. He never looked back.

Pant’s biggest problem is lack of confidence which is evident from his approach to the game and his body language. The immense talent he has, of hitting a flurry of boundary clearing shots, has put him in a predicament as fans expect him to keep repeating those shots each time he walks out to bat. But Pant should also remember that fans tend to remember the failures more than the good performances of a player.

One believes that if Pant is not going to be part of the playing eleven in the shorter formats and Test matches in the near future, it would be prudent for the selectors and team management to allow him to play domestic cricket to regain his poise. A classic example, in recent times, is that of another prodigy, Prithvi Shaw.

After an injury and a short ban due to substance abuse put the Mumbai lad out of the international scene post a sensational Test debut against West Indies, Shaw is back in the ODI team to play against New Zealand. His performances in domestic tournament and India ‘A’; games have got the youngster back in the mix.

Shaw may be fortunate to get a game or two in the ODI series against the Kiwis. He will have to grab the

opportunity with both hands if he has to further his international career. Staying out of the scene must have taught him many lessons. One does hope the lessons have made him stronger and more responsible cricketer. The kind who will make juice out of lemons that life has thrown at him.