CA confirms Indian players were racially abused in Sydney, but clears those evicted from stands

CA apologised to the visiting Indian team for the unpleasant incident 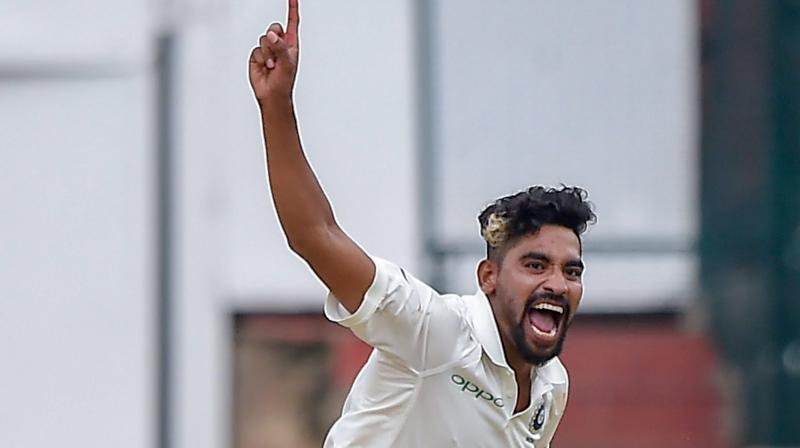 Melbourne: Cricket Australia on Wednesday confirmed that India pacer Mohammad Siraj was racially abused during t he Sydney Test but cleared the six spectators who were evicted from the ground after the infamous incident that halted play for a while.

The investigation into the incident remains ongoing, said Cricket Australia, which has submitted its report to the International Cricket Council.

"CA confirms that members of the Indian cricket team were subjected to racial abuse. CA's own investigation into the matter remains open, with CCTV footage, ticketing data and interviews with spectators still being analysed in an attempt to locate those responsible," said Sean Carroll, CA's Head of Integrity and Security in a statement.

"CA's investigation concluded that the spectators filmed and/or photographed by media in the Brewongle Stand concourse at the conclusion of the 86th over on day four of the Test did not engage in racist behaviour."

CA once again apologised to the visiting Indian team for the unpleasant incident. The injury-ravaged tourists won the series 2-1.

"As stated at the time of the incident, CA has a zero tolerance policy towards discriminatory behaviour in all forms and, as hosts of the Border-Gavaskar series, apologises to the Indian men's cricket team.

"CA is awaiting confirmation from NSW Police that it has completed its investigation into the matter and will not offer further comment until it is received," Caroll added.

Play was halted for a few minutes on the fourth day of the third Test on January 10 after Siraj complained of racial abuse from the crowd.

This prompted the security personnel to enter the stands and look for the mischief-mongers before six people were asked to leave.

The BCCI had lodged a formal complaint and the CA had offered an unreserved apology at that time.

In its complaint, the BCCI had alleged that Siraj and his senior pace partner Jasprit Bumrah were abused racially for two consecutive days during the match in Sydney.