After train journey, Dhoni to stay at CAB academy with Jharkhand team

Cricket Association of Bengal was not leaving any stone unturned and said the venue was well-equipped. 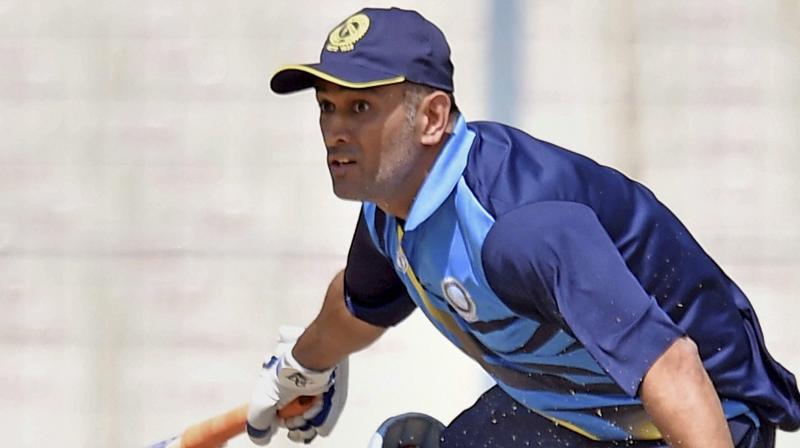 On Sunday, MS Dhoni was nearly mobbed as he boarded the team bus after leading Jharkhand to a 78-run win with his 109-ball 129 that had six towering sixes and 10 boundaries. (Photo: PTI)

Kolkata: While he is a superstar, MS Dhoni once again showed that he remains a simple man. The former Indian cricket team skipper, who is currently leading Jharkhand in Vijay Hazare Trophy, is going to stay at the Bengal Cricket Academy in Kalyani during his team’s matches.

"Initially, we wanted to stay here at the hotel but now we will leave tomorrow (on Monday) evening and return to Kolkata after the match," Jharkhand team manager PN Singh said.

This would mean a big security concern, but the hosts Cricket Association of Bengal was not leaving any stone unturned and said the venue was well-equipped.

"It has 30 well-furnished rooms and is no less than a four-star hotel," a CAB official said about the venue in Kalyani about 50 kilometres north of Kolkata.

Jharkhand play two matches in Kalyani – against Services on February 28 and Jammu and Kashmir on March 6.

On the security measures, he said: "We will have a barricade around the academy and there will be tight police vigil by the district administration," a CAB official said.

On Sunday, Dhoni was nearly mobbed as he boarded the team bus after leading Jharkhand to a 78-run win with his 109-ball 129 that had six towering sixes and 10 boundaries.

Hundreds of crowd flashing camera and chanting 'Dhoni, Dhoni' gathered around the bus as the former captain struggled to board the bus as flower pots around the venue got destroyed in the chaos.

Such was the chaos, that the traffic came to a standstill for a few minutes on the Gostho Paul Sarani on which the Eden is located.

Having witnessed an overwhelming response at Eden Gardens where about a thousand people turned up for Jharkhand's two matches, CAB will be distributing about 2000 free passes for spectators.

"The entry will be free to BCA Academy but one has to show the pass to watch the match," the CAB official said.

"Today Dhoni once again showed that he's among the best finishers' of the world cricket," Sarkar hailed.

Dhoni earlier stunned everyone as he came with his teammates boarding an overnight train from Ranchi, a ride he took for the first time in 13 years.

Virat Kohli took over as national skipper in all three formats in January after Dhoni stood down from the captaincy of India's one-day and T20I sides and vowed to continue playing in limited-overs formats.