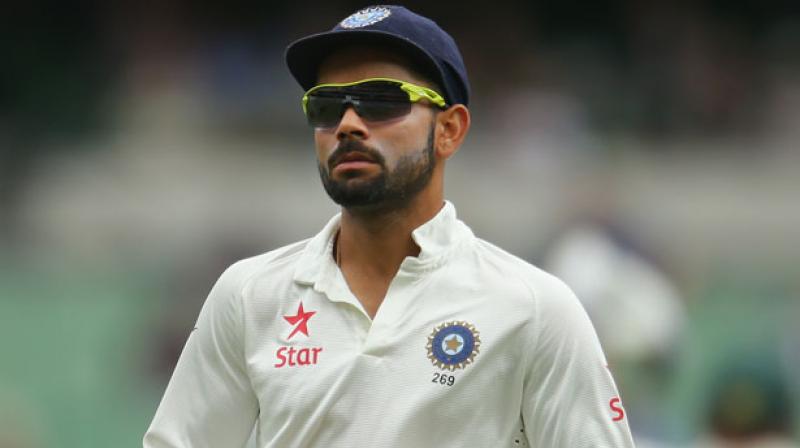 Pune: India will be hoping that by the end of March their Pune capitulation can be viewed from the lofty heights of a seventh consecutive Test series triumph as an aberration that acted as a brutal wake up call to the world’s number one side.

The shell-shocked hosts have a week to regroup before they again engage an Australian touring party which made Virat Kohli and his team of world-beaters look quite ordinary in a 333-run first Test rout inside three days.

As they head south to Bengaluru, Kohli’s team will be forced to ponder the end of their hard-earned 19-Test unbeaten run and what their captain described as their worst batting performance in two years.

Australia might be just below their hosts in the Test rankings but arrived in the country earlier this month having lost their last nine Tests in spin-friendly conditions in Asia.

They were swept 4-0 the last time they played a series in India and had not won a Test since 2004 in what former captain Steve Waugh once called Australian cricket’s “Final Frontier”.

There were many predictions of a result inside three days on the turning track dished out at the Maharashtra Cricket Association Stadium, which was making its debut as a Test ground, but none had India ending up on the losing side.

That was unsurprising, considering India possess the world’s top two ranked bowlers in spinners Ravichandran Ashwin and Ravindra Jadeja and a batsman in Kohli who recently became the first to score four double hundreds in as many series.

But Ashwin and Jadeja managed only a dozen wickets between themselves in the match, the same number that Australia left-armer Steve O’Keefe alone bagged in the two innings.

Kohli blamed the Indian batting for the humbling after they scored 105 and 107 in their two innings and the image of the captain frozen in a crouch with his bat in the air as an O’Keefe delivery shattered the wickets behind him will not fade fast.

Kohli didn’t mince any words. “Even a part-timer can get four wickets if you don’t apply yourself. And I certainly would like to think that that was the case with our batting line-up in this game,” he said.

India’s shoddy performance with both bat and ball translated to their fielding too as they dropped numerous catches to compound their problems. Australia captain Steve Smith was dropped four times and he made India pay dearly with his 18th Test hundred in the second innings.

India were also found wanting in their choice of referrals in the match, losing all four reviews while fielding and managing to overturn one decision from the umpire out of three while batting.

Kohli promised his side will come back stronger next week in the second of the four Tests.