Petitioner in IPL betting and fixing scam is sorry for his role in ousting Srinivasan. 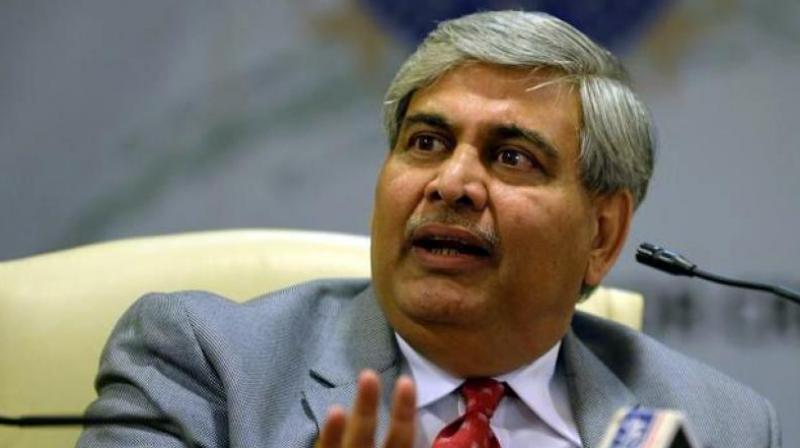 Chennai: He was hailed as a crusader when the Supreme Court pronounced its landmark verdict in the IPL scam. It was his petition that plotted the downfall of former BCCI president N. Srinivasan. On Monday, Aditya Verma, the secretary of the unrecognised Cricket Association of Bihar (CAB), was desperate to make peace with Srinivasan. How times have changed?

Verma couldn’t stop praising Srinivasan as he addressed the media here. “I always had respect for Srinivasan and I will continue to respect him till my last breath. My fight has always been against the corrupt system. I don’t want to be a villain in the eyes of Srinivasan and that’s why I am revealing everything now,” said Verma.

“I have seen the way how various BCCI presidents functioned over the years and Srinivasan is the finest administrator of them all. He has done a lot for Indian cricket,” said Verma who is eager to meet the former TN administrator.

Verma admitted that colluding with a few BCCI stalwarts including “Shashank Manohar and Anurag Thakur in a bid to oust Srinivasan” was the biggest mistake of his life. “It was Manohar who pressed me to fight against Srinivasan and in return he had promised recognition for the CAB. Manohar, a lawyer by profession, even helped me rework some of my court petitions. But he cheated me. He got two benefits from my legal fight. He ousted Srinivasan from the BCCI and also snatched the ICC chairman post from him. I have never seen a more power hungry person than Manohar,” he said.

“Thakur and Manohar did everything meticulously. When the IPL scam erupted, Manohar wanted a CBI enquiry in BCCI, but when he took over as the president for the second time after the demise of Jagmohan Dalmiya he was quiet. As planned, he then handed over the chair to Thakur to take the ICC post,” he added.

Verma also accused current BCCI secretary Amitabh Chaudhary and ICC chairman Manohar of “destroying” the BCCI. “Amitabh has hijacked BCCI with the support of some state units and Manohar is enjoying life in ICC,” he added.

He also took a dig at Sourav Ganguly, secretary of the Cricket Association of Bengal, for his recent comment that Lodha recommendations couldn’t be implemented due to time constraints.

“The BCCI has done nothing in the last 17 months. The cricket world wants to know when the SC orders will be implemented. It’s hard to believe that the former India captain is blaming the paucity of time. Amitabh has a lot of vested interests and is responsible for the impasse. My contempt petition against him is still pending. I have sent several letters to the COA with cogent evidence of violation of SC order. But there is no response from them. Even COA has violated the order,” he said.

Verma also raised objection over the role of IPL chairman Rajiv Shukla. “He is still holding on to that post even after being disqualified from the Uttar Pradesh Cricket Association,” he said.