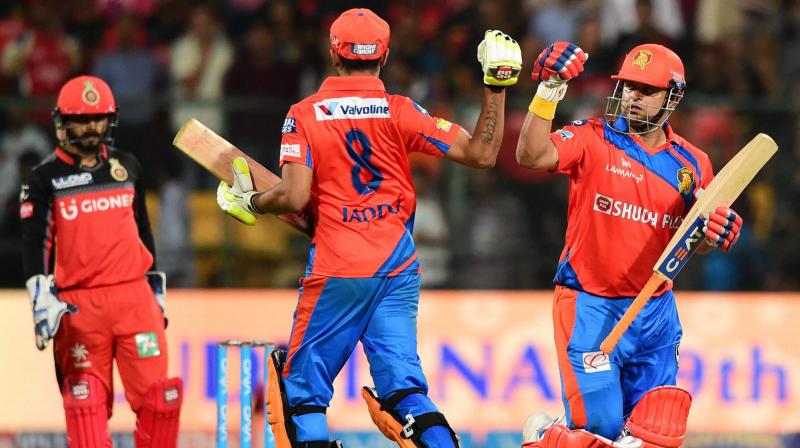 Earlier Tye returned with a three-wicket haul to trigger a top-order collapse as Royal Challengers Bangalore were bowled out for 134 by Gujarat Lions after electing to bowl in their eighth match of IPL 10.

Tye, who had taken a hat-trick on IPL debut against Rising Pune Supergiant at Rajkot, struck twice in two balls and returned with figures of 4-0-12-3 to leave the hosts at 22-3 in the fifth over. Besides Tye, Ravindra Jadeja (2/28) snapped two wickets and Basil Thampi (1/34) and Ankit Soni (1/28) picked up one wicket each as Lions dished out a disciplined bowling performance.

This is only the third victory in the season for Gujarat Lions, who had gathered just four points from seven games to be languishing at the bottom of the table.

With this loss, the door is fast closing for RCB, who has just five points from nine matches.