Australia players won't hesitate if they have to take pay cut: Tim Paine 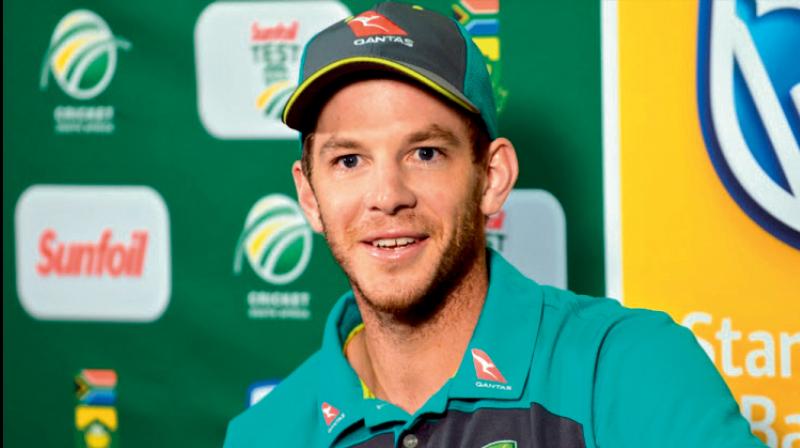 Melbourne: Australian cricketers are not going to be "greedy" if they are asked for a pay cut as it is important that the game thrives well into the future in the wake of the Covid-19 pandemic, said Test captain Tim Paine.

With India's tour of Australia and the upcoming T20 World Cup in doubt due to the fast-spreading coronavirus, Cricket Australia has already stood down 80 per cent of its staff and now is in talks with Australian Cricketers Association (ACA) regarding a potential players' pay cut.

"Players need to know the absolute financial positions of the game and the players aren't going to be greedy," Paine said on ABC Radio.

"Our livelihood, all the people associated with the CA and the players association, their livelihood is dependent on the game of cricket being healthy.

"So at the moment if a pay cut for us is on the cards and that keeps our game thriving well into the future, then that's something we'll certainly have to look at."

Cricket Australia might lose a staggering AUD 300 million dollars if the Indian team fails to turn up for the bilateral series due to the global health crisis.

Paine said he wasn't surprised at the poor financial state of the board.

"I think commercially a lot of sponsors have been pretty hard hit and it's obviously going to hit Cricket Australia at some stage then as well," Paine said.

"I think there's a bit of safeguarding towards the potential of India not coming (on a tour in December/January) which is worth something like 250 to 300 million dollars."

Australia's borders are sealed till September 30 but in a bid to salvage the India tour, the government is considering providing international exemptions to allow the Indian team arrive in Australia.

The 35-year old Paine said he is not aware of any contingency plan if the India tour doesn't go ahead and hoped Virat Kohli and his men can arrive in Australia as planned.

"I haven't just yet and I don't want to be. I'm hoping that they get here, that would solve a lot of issues," Paine said.

"I know there's been some early talks with Cricket Australia and the government around the potential of what could be done, chartering planes and getting them in isolation when they get here to make sure that we can get India here.

"But apart from that I've only heard a few things on the rumour mill about maybe New Zealand coming out and us going there."

Asked about Michael Clarke's claims that the Australians had "sucked up" to Indian captain Kohli in recent years to protect lucrative IPL deals, Paine said the former Aussie captain should have taken individual names if he wants to take people on.

"If you're going to come out with a big quote and try and take people on and cause any sort of trouble and have a crack at people, I think you name people individually and he certainly didn't," Paine said.

"It was certainly unfounded because I was out on the field and there was no one taking it easy (on Kohli)."