Sports   Cricket  27 Apr 2020  Jasprit Bumrah was not expected by many to play for India
Sports, Cricket

Jasprit Bumrah was not expected by many to play for India

He was told that that he would just play the Ranji Trophy with his action, but so far Bumrah played 64 ODIs, 50 T20s and 14 Tests 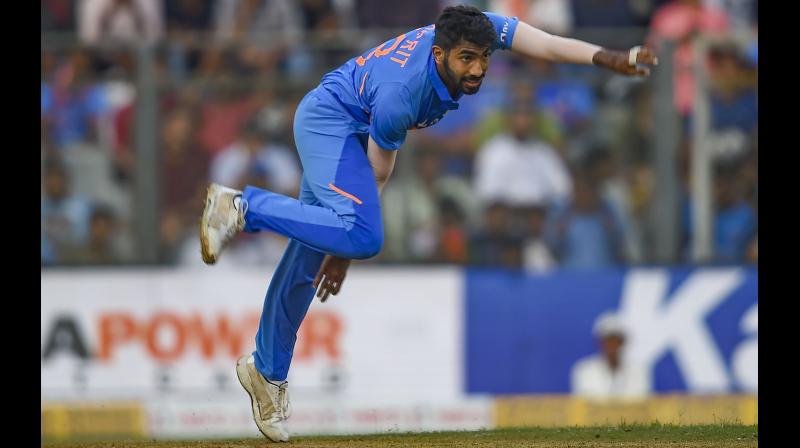 New Delhi: Jasprit Bumrah has risen rapidly to become one of the leading fast bowlers in the world but he says many thought that he would be the "last person to play for India" given his unusual bowling action.

The Indian pacer made this revelation during a live session on Instagram with former India batsman Yuvraj Singh.

"Many people told me that I won't play for long, there was an expectation that the last person to play for the country would be me," said Bumrah when Yuvraj asked him about his high-arm bowling action.

"They told me that I would just play the Ranji Trophy. But I kept on improving and I persisted with my action," said the 26-year-old, who made his India debut in January 2016 following his exploits in the IPL.

He made his Test debut in January 2018 and in quick time, became Virat Kohli's go to bowler even in the five-day format.

During the chat, Yuvraj reminded Bumrah that he had predicted that the pacer would go on to become the "number one bowler in the world".