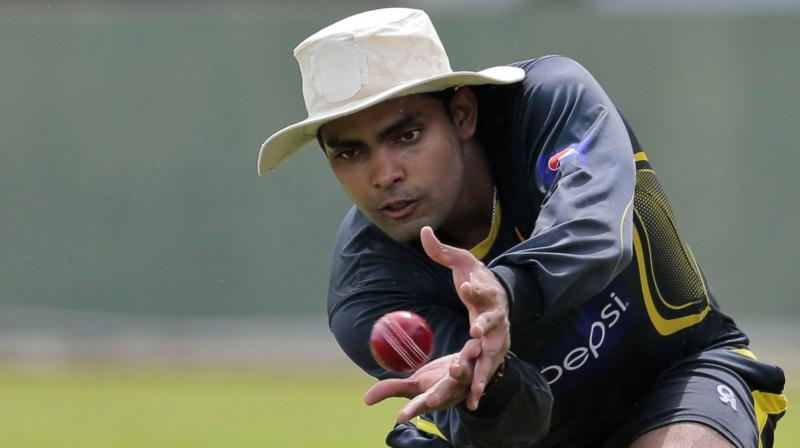 Lahore: Controversial Pakistan batsman Umar Akmal was banned Monday from all forms of cricket for three years after pleading guilty to failing to report match-fixing approaches, the country's cricket board announced.

Umar, who turns 30 in May, withdrew last month from challenging the charges.

Umar's ban is effective from February 20, when he was provisionally suspended by the board under its anti-corruption code, which states a player must report being approached to fix games.

The decision was announced by a disciplinary committee after a brief hearing of the Pakistan Cricket Board.

Umar burst onto the scene with a century in his first Test in 2009, but his career has been marred by disciplinary problems, resulting in various bans and fines.

He was arrested in February 2014 after a scuffle with a traffic warden who stopped him for a signal violation.