Difficult to pick a clear winner

It all boils down to how players respond under pressure — helped with a little luck of course. 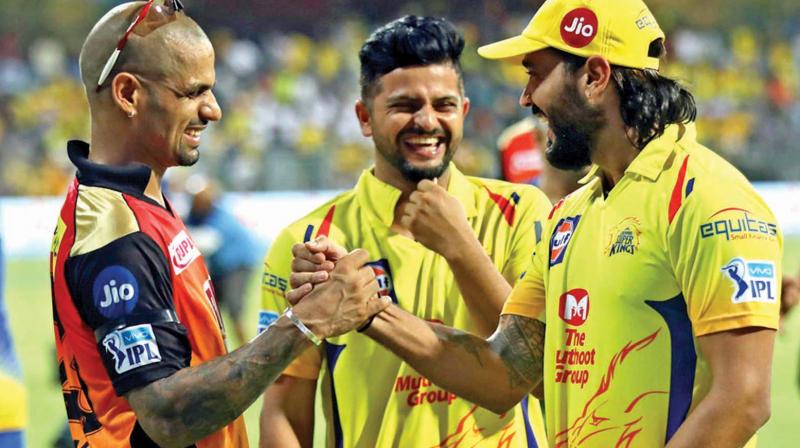 AB de Villiers’s sudden retirement from international cricket and Virat Kohli being forced to forego a stint with Surrey in preparation for the Test series against England upstaged the thrills and spills of the IPL last week.

For most of the IPL season, de Villiers and Kohli were in the news for their attempts — and finally failure — to win title that has eluded RCB for 11 seasons now. Every year, they start among the favourites, only to lose their way.

This time, the elimination came before the play-offs stage, which would have been even more disappointing to the two stalwarts, both fierce competitors and deeply ambitious apart from being two of the best players in the game.

What prompted de Villiers to quit? There is no evident precipitating factor than what he himself has stated, that he has ``run out of gas.’’

That in itself should be a cause for worry to administrators, for de Villiers is barely past his 34th birthday.

After a longish absence from Test cricket, he returned earlier this season, and arguably in better form than ever before. Moreover, the World Cup is only a year away. For him to walk into the sunset at this stage is, by ordinary reckoning, staggering.

Will he now become part of the nomadic tribe of T20 stars playing in leagues all over the world? Who knows? What we do know is that one of the greatest batsmen of all time, easily the most creative of the modern era, has vacated the grand stage. He will be missed for the joy he provided.

News of Kohli’s neck injury that caused him to skip his county assignment leaked a day after de Villiers’s retirement, even as debate was raging in the media whether he shouldn’t be leading in the Test match against Afghanistan instead of playing for Surrey.

I am among those who believe that playing in the county championship as precursor to an important Test series against England was well founded.

While the Afghans were obviously disappointed, Kohli’s performance against England held greater ramifications for Indian cricket.

There was no indication about Kohli’s injury since he played the entire IPL season full throttle as always. Going by the medical update provided by the BCCI however, it is reasonable to believe that he may have been carrying problem for a while.

Kohli’s case shows that injury can strike even the fittest. He is an outstanding athlete, and an example to his fraternity on how to take care of his body and health. But in sport, fate can play sudden cruel tricks.

Now, he plays neither the Test against Afghanistan nor gets opportunity to acclimatise with Surrey.  By all accounts he eis expected to be fully fit for the Tests against England.  The opportunity for advance preparation has been scuttled. Hopefully, the will to succeed has been even more fortified.

Chennai Super Kings and Sunrisers Hyderabad playing the IPL final is mot juste. The two teams not only looked the best among the eight in the league phase, but also finished equal on points, net run rate putting SRH just a nudge ahead.

On form, it is difficult to pick a clear winner. Both teams have multiple match-winners and are led by astute, ambitious captains in M.S. Dhoni and Kane Williamson respectively. But the strengths and weaknesses of the teams differ.

Hyderabad’s bowling has been extraordinary, for its variety and potency. The batting, however, is top heavy, very dependent on Dhawan and particularly Williamson.

Chennai, on the other hand, are rich in experience and have a fine array of in-form batsmen. But the bowling, especially in `death’ overs, has looked vulnerable, leaving Dhoni chagrined on several occasions.

Interestingly, the two have played each other thrice this season and SRH have lost all three matches. That should be a huge psychological boost to CSK, though this need not necessarily translate into victory.

For instance, KKR had won four matches on the trot and still lost to Friday’s play-off to SRH who had actually lost four consecutive games before this. In T20, any predication is hazardous.

It all boils down to how players respond under pressure — helped with a little luck of course.