In the absence of Ish Sodhi, New Zealand went with the part-time off-spin of skipper Willaimson, who returned with figures of 1-39. 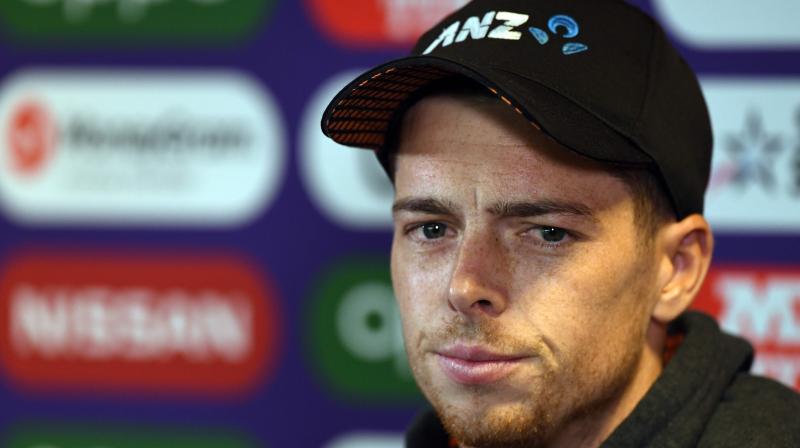 London: New Zealand's Mitchell Santner admitted that his team could not read the pitch properly and missed the services of a second spinner against Pakistan in Wednesday's World Cup match.

Santner said the Kiwis thought the wicket would suit pace bowlers at Edgbaston.

"Obviously there was a bit of turn out there, probably more than we thought there would be. Obviously at the toss, only going with one spinner, we thought it might be a bit better than that," ESPNcricinfo quoted Santner, as saying.

In the absence of legspinner Ish Sodhi, New Zealand went with the part-time off-spin of skipper Kane Willaimson, who returned with figures of 1-39. The Kiwis were visibly helpless and frustrated as they could not break the 126-run stand between Haris Sohail and Babar Azam until the penultimate over when it was too late as Pakistan needed just two runs off 10 balls.

Santner, however, credited Pakistan's batting in the middle overs. He also lauded the match-winning partnership between Haris and Babar.

"It's the spinner's role to take wickets on a surface like that but I think credit has to go to the way Pakistan batted throughout the middle. That partnership through the middle there was pretty special. There were a couple of chances there but it's about trying to build up pressure from both ends and stuff like that, but the way they were able to manipulate the field, and get their ones, when you're only chasing 230, is the way to go about it," Santner said.

On the third ball of the 49th over, Haris fell short of his ground as Martin Guptill run out him. However, on the first ball of the last over, Pakistan skipper Sarfaraz Ahmed hit the winning boundary in a match that was must-win for the Men in Green.

"I think we fought pretty well to the end and I guess they only got it in the last over. It was obviously a tough surface and we just had to stick at it. If we could put a couple on it, a couple of wickets on throughout that chase it might have been a little bit different," he said.

Had New Zealand won the match they would have booked their spot in the semi-finals. The Kiwis would aim to beat Australia on June 29 at Lord's to enter the knock-out stage.