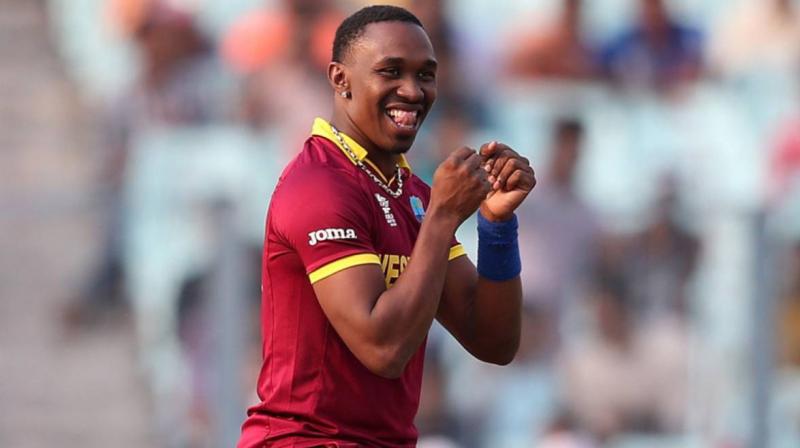 Port of Spain: One day after James Anderson became the first fast bowler to claim 600 Test wickets, Dwayne Bravo on Wednesday earned himself a place in the record-books by becoming the first player to take 500 Twenty20 wickets.

The 36-year-old West Indies all-rounder reached the landmark in the Caribbean Premier League in his native Trinidad.

Playing for Trinbago Knights Riders, Bravo had Rahkeem Cornwall of St Lucia Zouks caught by New Zealand's Colin Munro in the fourth over of the game.

He then claimed his 501st for good measure by bowling Roston Chase before rain stopped play.

"It's a great journey, I want to say thanks to all my team-mates. Thanks to all the teams that I play for around the world," Bravo told Star Sports.

"To be able to achieve that right here at home - this is where I started playing cricket you know? At age 8. It's where it all started for me and I can't be happier to get that 500 here at the Queen's Park Oval."

Bravo, one of the world's most sought after T20 players, has endured a roller-coaster international career.

Bravo, whose globe-trotting has seen him employed by more than 20 teams, was also the first bowler to 300 and 400 wickets in the sport's shortest format.

"This is a batsman's game. We bowlers have it very hard. My position is I bowl at the back end of the innings to some quality players," added Bravo.

"So yes, I accept the fact that I go for runs, but as you can see I also get wickets as well. And that is a part of the game. For me to dominate a batsman friendly game like this - I'm happy."