India vs Australia 4th ODI: We are gunning for 5-0 whitewash, says Yuzvendra Chahal

India continued their rich vein of form against Australia as they beat the visiting side by five wickets in Indore to take a 3-0 lead. 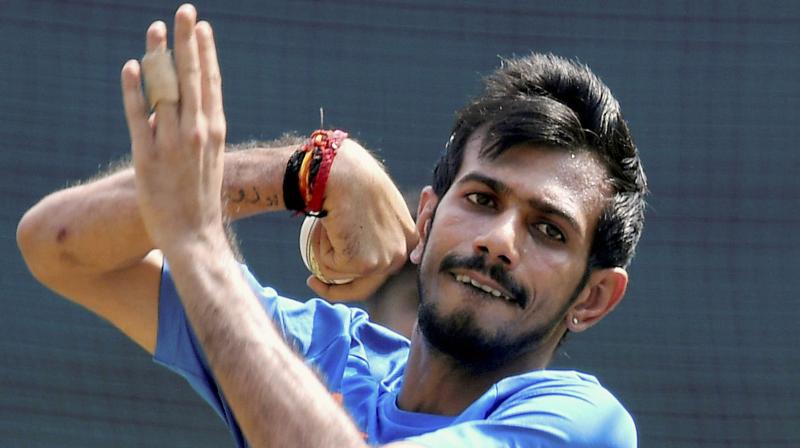 Yuzvendra Chahal said that India are not going to take the upcoming matches lightly and aim for their ultimate target i.e a whitewash.(Photo: PTI)

Bengaluru: On the eve of his side's fourth ODI against at the M. Chinnaswamy Stadium, leg-spinner Yuzvendra Chahal on Wednesday said that the Men in Blue might have taken a lead in the five-match series, but they are gunning for a 5-0 whitewash.

continued their rich vein of form against the depleted Steve Smith-led side as they beat the visiting sides by five wickets in to take an unassailable 3-0 lead in the series.

But the 27-year-old said that are not going to take the upcoming matches lightly and aim for their ultimate target i.e a whitewash.

"I am not aware of any changes. That decision is normally taken on the day of the match. Although we have won the series, we are gunning for a 5-0 whitewash. We may be leading 3-0, we will not take it easy, because our ultimate target is a whitewash," Yuzvendra told the reporters.

Explaining the reason behind his side's edge over in the series, Yuzvendra said, "Well, our spinners have taken 13 wickets as compared to the Australian spinners. We have used the conditions much better than them. That is our plus point. Adam Zampa is the only wrist spinner in the team and he is not featuring in the team consistently."

When quizzed how he had developed such a strong chemistry with spinner Kuldeep Yadav, Yuzvendra said that the duo always have plans going into the match and that they also discuss how the wickets will behave and what ball to bowl prior to the match.

"I know him for a very long time. We have played with each other a lot. If I bowl first, then I tell him that the wicket is providing this kind of assistance. If he bowls first, then he tells me that the wicket is offering turn and that this is the right area to bowl to a certain batsmen. The combination is good. Before the match, we discuss how the wickets will behave. We also discuss what ball to bowl to which batsmen. We always have plans," he said.

Yuzvendra and Kuldeep have together bagged 12 wickets in the three ODIs they have played so far.