It’s puerile to keep harping on MSD to announce retirement

Traditionally, the selection committee has the independence to pick players it deems worthy. 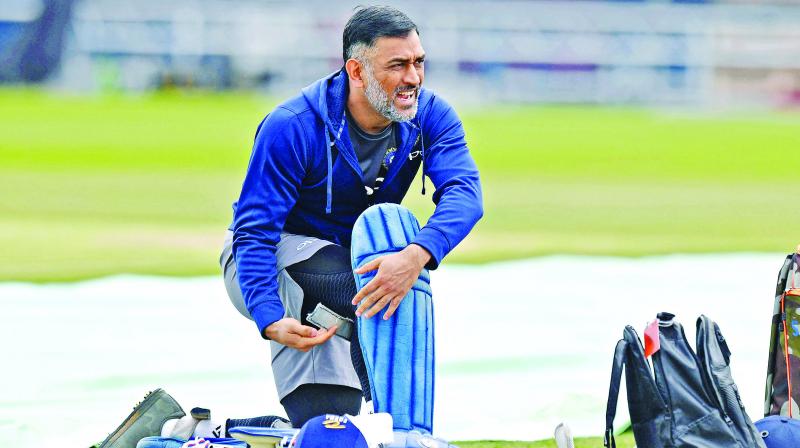 Mixed signals have emerged from the Indian cricket establishment about Mahendra Singh Dhoni’s future over the past few days.

After picking the team for the limited overs series against Bangladesh, chief selector MSK Prasad said “we’ve moved on’’ when asked whether the former India captain had been considered.

However, new BCCI president Sourav Ganguly had earlier said on the issue that “great players don’t just fade away’’, and on Saturday, coach Ravi Shastri came out firing on all cylinders against Dhoni’s critics in an interview to a national daily.

While Prasad appeared categorical about the position of the selectors, statements by Ganguly and Shastri would imply that the door has not been shut on Dhoni, making for a confounding situation.

Traditionally, the selection committee has the independence to pick players it deems worthy. But the BCCI president has the authority to intervene if he feels necessary. This has often happened in the past in Indian cricket, sometimes even without good enough reason!

However, such issues need not be restricted to the administration. For instance, will the selectors play hardball even if the team management — coach, captain and vice-captain — have a different point of view from them on Dhoni’s future?

It could become a hugely vexing situation for Prasad & Co if Shastri, captain Virat Kohli and vice captain Rohit Sharma see merit in Dhoni’s inclusion for the T20 World Championship.

I have sympathy for the selectors who found themselves in a predicament that has only been growing since the World Cup, and chose to tackle the Dhoni matter head on.

In hindsight, Prasad will believe he could have been prudent and demurred defer on Dhoni’s future for nobody can say with any certainty how it will unravel.

Dhoni’s inclusion in the current situation was of course impossible. He hasn’t played a single match since the World Cup. There was nothing for the selectors to go by. But whether this eliminates his prospects in the remainder of this season and then the next, leading into the T20 World Championship is of the crux.

This is where Ganguly (likely) and Shastri (most certainly) seem to be pulling in a different direction from the selectors. The stridency in Shastri’s position is particularly telling.

What comes through is lack of conviction in Rishabh Pant (or Sanju Samson who is now part of the T20 squad) to measure up to the demands of a World Championship. Having Dhoni on the radar, it would appear, reduces the anxiety somewhat in the team management.

Age works against Dhoni. He will be 39 next year, and going by reports in recent weeks, he is carrying a niggle from the World Cup. While he remains among the fittest cricketers in the country, such niggles take longer to overcome with advancing age.

This probably explains why Dhoni has stayed away from domestic tournaments. But if he regains complete fitness, finds his best form and has the zest for competition at the highest level, the age consideration gets mitigated.

There are several players who’ve been successful in T20 when in their late 30s. But the onus is then squarely on them to prove their credentials. One can punt on a youngster. From a veteran, the need is for greter certainty.

How does the Dhoni issue get resolved?

It is puerile to keep harping on Dhoni to make his retirement plan known. Everybody knows it can be too far away. But it remains his personal decision to make — and when he wants.  He has not made any unusual demands for being given preference, in fact gone out of his way to encourage younger players, so it is reasonable to infer that he isn’t clinging on to his place in absentia.

But for inclusion in the team Dhoni needs to be assessed on form and fitness when he starts playing: like every other player. If he doesn’t do this in time for selection, he obviously should not be considered. Whether he announces his retirement or not is then superfluous.

As I see it, Dhoni is listening intently to his body and mind in assessing his future. He’ll probably play some domestic matches, the IPL certainly (barring injury), see how his feet are moving, whether the bat is still productive and most importantly whether he is better than all challengers for a place in the Indian team.

That’s the only thing that should interest selectors too.