Cheteshwar Pujara, on Sunday accused the England team of resorting to negative tactics and bowling on 'negative lines' on Day 2. 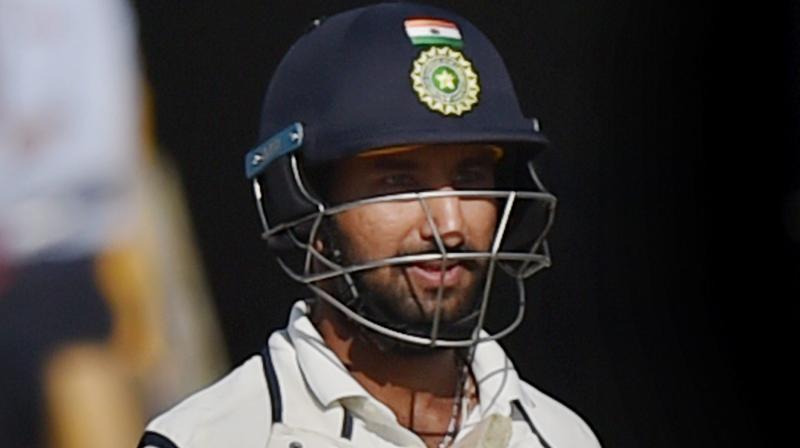 Mohali: Cheteshwar Pujara, one of India's batting mainstays, on Sunday accused the England team of resorting to negative tactics and bowling on "negative lines" on Day 2 of the ongoing third Test here at the PCA Stadium.

After bowling out England for 283 and thereby reaching 60 for one at lunch, India could only manage to score 88 runs in the second session of the day. England had held the scoring rate in check and didn't allow the Indian batters to score fluently.

Pujara, when asked about that passage of play in the match conference after the day's play, said, "I think we were not struggling. The lines which England were bowling were I felt a little negative. But I still feel that the way we batted and the way we showed character was good, we were leaving the balls outside the off stump and we build a partnership which was needed by the team."

The 28-year-old batsman from Rajkot, who scored brilliant 51 runs and shared a 75-run stand with skipper Virat Kohli (62) also asserted that the hosts hold the advantage in the ongoing Test.

"We have recovered very well and we have an advantage because both our all-rounders (Ashwin and Jadeja) are playing. So, tomorrow the first session would be really crucial for us. Our game plan would be very simple, we would be looking to get a lead of around 75-100 runs and if they (Ashwin and Jadeja) continue batting, you never know as both of them can bat really well," he said.

"Our lower order has been contributing in all the Test matches and we hope that they would do it tomorrow as well," he added.

Knocks from Ravichandran Ashwin, Kohli and Pujara helped India gain a bit of an upper hand over England in the ongoing third Test of the five-match series.

Thanks to the effort by Ashwin (57*) and Jadeja (31*), India, which were once struggling at 204-6, are back in a commanding position again, and trail England by 12 runs with four wickets still in hand.