On Tuesday, a source close to the former India captain said he will take a call on his future after next year's Indian Premier League (IPL). 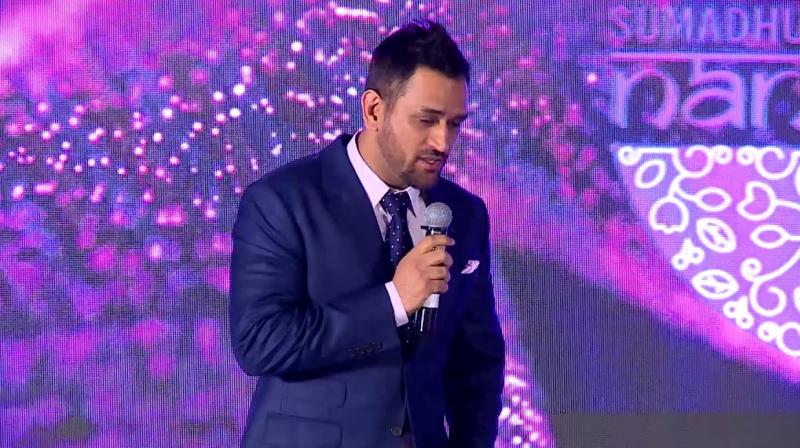 Mahendra Singh Dhoni has been on a sabbatical since India's semifinal exit from the ODI World Cup in England in July. (Photo: Screengrab/Youtube)

Mumbai: "Don't ask me till January", said Mahendra Singh Dhoni on Wednesday as he sought to steer clear of queries on his ongoing break from cricket, which has fuelled intense speculation about his future in the game.

"January tak mat poocho (don't ask me till January)," said Dhoni at an event here before questions on his sabbatical, which started with India's semifinal ouster from the World Cup in July, could even be thrown at him.

On Tuesday, a source close to the former India captain said he will take a call on his future after next year's Indian Premier League (IPL).

Dhoni has been on a sabbatical since India's semifinal exit from the ODI World Cup in England in July. He has missed the tour of the West Indies and the home series against South Africa and Bangladesh.

The 38-year-old, who captains Chennai Super Kings in the IPL, will miss the limited-overs home assignment against the West Indies starting December 6 and comprising three T20 Internationals and an equal number of one-dayers.

National selection committee chairman MSK Prasad has already made it clear that the panel has "moved on" and Dhoni is aware of its intent to blood youngsters such as Rishabh Pant keeping in mind next year's T20 World Cup in Australia.

Dhoni was seen training with Jharkhand's under-23 team in Ranchi some days back, triggering a fresh round of speculation on a possible comeback.

BCCI President Sourav Ganguly has stated that Dhoni will get the respect that a player of his stature deserves and had ruled out an immediate retirement by the celebrated wicketkeeper-batsman.

"You know champions don't finish quickly," he had stated when he took over as the Board President last month.

One of the biggest names in Indian cricket, Dhoni led India to two world titles - the 2007 World T20 in South Africa and the 2011 ODI World Cup at home.