This happened in the 105th over of the Australian innings. 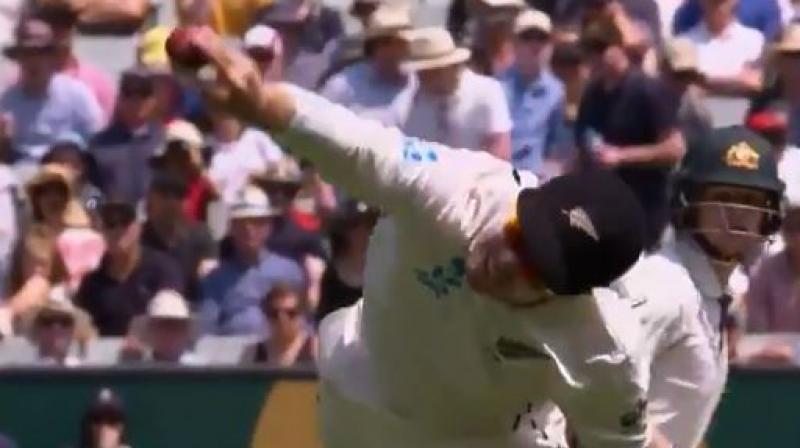 This happened in the 105th over of the Australian innings. Kiwi pacer Neil Wagner bowled a short ball at Smith and the batsman looked to fend it off.

The ball went into the slip cordon, and it was then, Nicholls made a gravity-defying jump to take a stunning catch in the gully.

Cricket.com.au's handle tweeted the video of the catch and captioned the post as-- "We have takeoff! A flying Henry Nicholls takes a screamer in the gully to remove Steve Smith"

Australia resumed day two at 257/4. Smith failed to reach the three-figure mark and was dismissed for 85.

After his dismissal, skipper Tim Paine joined Travis Head in the middle. Both batsmen went past the 50-run mark.

On the first of the match, Marnus Labuschagne scored 63 runs. The day also witnessed the highest crowd turnout for a game between the two nations. A total of 80,473 people turned up at the MCG to witness cricket action.

Till the filing of this report, Australia had reached a score of 416/5.