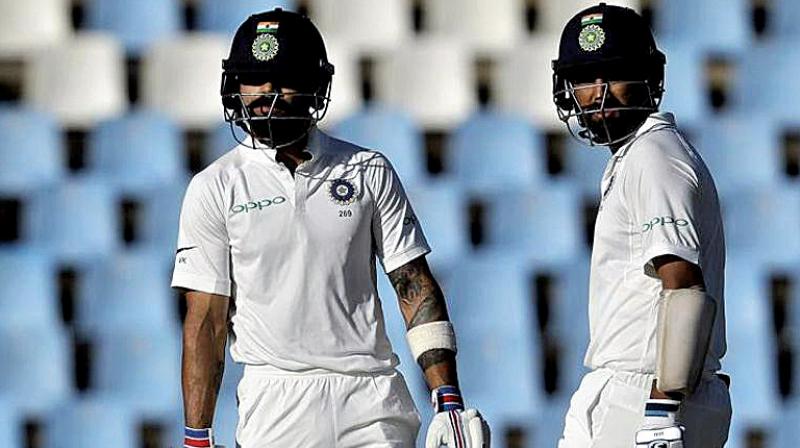 The Indian team is trying to salvage some pride with the last test match, amidst talks of Virat Kohli and Ravi Shastri’s team choices.

Despite the preparations for the tour and warm up matches, India has performed rather terribly versus South Africa in their current tour. With the silverware lost, the Indian team is trying to salvage some pride with the last test match, amidst talks of Virat Kohli and Ravi Shastri’s team choices. We speak to cricketers and commentators about what they think went wrong with the Proteas tour and how team India can do away with the perception that they underperform abroad.

‘The board should pay proper attention to the schedule’
John Manoj, former cricketer and coach
For any team to perform, proper rest and understanding of the playing condition is important. Virat directly reached South Africa just after his wedding reception. Apart from that, BCCI should always make itineraries so that it gives cricketers proper time for rest and play.

India had been playing quite a lot in the homeground since Sri Lanka and New Zealand coming for a tour. But the board should pay proper attention to the schedule when India is playing countries like South Africa or England. Even when players like Sunil Gavaskar and Mohammad Azharuddin, the players used to get time to get acquainted to the situation by playing with county teams. Our players are doing great and one loss can’t really take back their merit and hard work.

‘India should have more practice matches’
Shekhar Vijayan, entrepreneur and cricket enthusiast
India should have more practice matches, which helps them acclimatise on foreign soil. While our bowling has improved notches, our batting has gone downhill — the late order batsmen play better than the top order batsmen. This speaks a lot about the misplaced confidence of the team. Indians will always have this reputation of being flat-track bullies until they show more mettle in handling pace and swing with a temperament to match. The composition of the team changes in every match, where the vice captain is fighting for his place in the team for reasons other than his performance. It’s high time Kohli understands that his team needs consistency in not just the performance but also a regular playing eleven.

‘Defeat is a part and parcel of the game’
Arti Sharma, national level cricket player
Actually, this time around the morale was down and they were not so confident. There was a problem with fielding. The perspective that Indian cricketers do not perform well outside India has been formed due to such matches. Any player would feel the extra pressure if people are not supportive. This has nothing to do with talent though. Each team tries their best and works hard but moral support plays a bigger role than what one can imagine. I also believe that it is not right to make such comparisons and label a team in such manner. Defeat is a part and parcel of the game and I’m sure they can perform much better and win if people are supportive.

‘The team does pick up after the first test match’
Nayan Mongia, former indian cricketer
One of the factors that can help India perform better is more practice. The team should have played a couple of warm up games in South Africa. They should have just gotten there early and worked on that fast pitch.

While it is true that India has a record of not performing well on international pitches, the team does pick up after the first test match. Still, in order to break the jinx, the team should practice on more pitches, become more familiar with the conditions of the pitch.

Another thing that didn’t work out in India’s favour was the team’s habit of not being consistent with players. Changing players every other test match doesn’t always work in our favour.

‘The batting order changes were a failure; we did not have strong batsmen in the team’
Chandra Senan, Former State cricket player and Chief Coach of Kerala Strikers coach
What I felt went wrong with the performance of India in the Proteas tour was the lack of practice from the Indian side. The team was aware that it was going to be a very fast pitch so they should have played a practice match to get familiar with the pitch conditions. Familiarity with the pitch conditions is of prime importance.
Regarding players, Ravindra Jadeja could have been included in the second match since Hardik Pandya was not up to the challenge. The batting order changes were a failure and did not have strong batsmen. India’s performance hinged on the performance of only three men — Bhuvneshwar Kumar, Virat Kohli and Jasprit Bumrah. Considering the fast pitch conditions we needed men like Ajinkya Rahane who would have stuck at the pitch. Since we lost the first match, the aim of team India should have been to either win or at least draw the match. But again changes in the batting order are bound to bring about repercussions but here I feel the decisions taken by the team coach and captain were not sound.