Mumbai Indians get Pollard and Krunal

With no Harbhajan Singh and Lasith Malinga, Pollard who joined MI in 2010 remains the most senior player in the team. 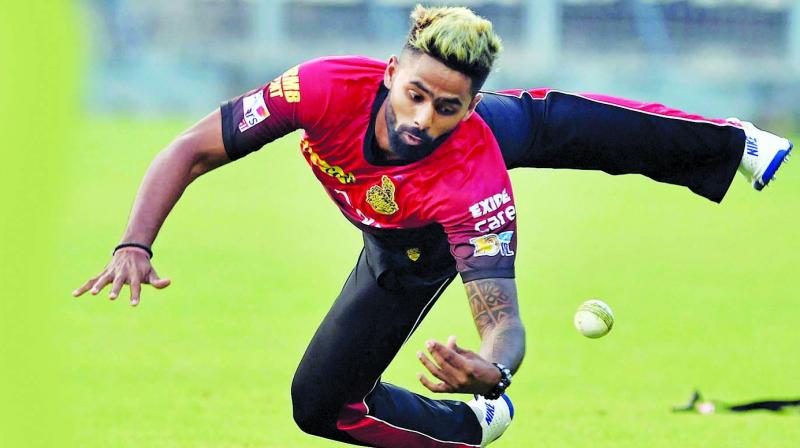 Three-time champions Mumbai Indians retained the crux of the squad after exercising Right to Match (RTM) card for Kieron Pollard in the Day One IPL-auction on Saturday. The big hitting Caribbean batsman was going Delhi Daredevils’ way after the Ricky Ponting-coached side bid for him at Rs 5.4 crore but RTM came handy for Mumbai Indians to welcome back their talismanic all-rounder.

Yadav was previously part of Mumbai Indians, but he didn’t get to play much. He did play well for Kolkata Knight Riders in the past four seasons and is a good addition to side in uncapped players section. The 27-year-old former Mumbai skipper didn’t show great form during the Ranji Trophy but he showed good form during the Syed Mushtaq Ali Twenty20 Trophy recently.

Siddhesh Lad, who did consistently well for Mumbai throughout the season, went unsold on day one, though his name may again go under the hammer on Sunday.

The MI team got Bangladesh’s deceptive left-arm pacer Mustafizur Rehman for Rs 2.2 crore and fiery Australian pacer Pat Cummins to bolster their seam attack. Cummins was bought for Rs 5.4 crore and Mumbai had still 34 crore left in purse having pace department covered with Bumrah and Pandya already there and medium-pace of Pollard.

Pollard, largely considered a Twenty20 specialist now, plays franchise cricket around the globe and recently played his record 400th Twenty20 game. He has reportedly opted to skip the World Cup Qualifiers in March along with West Indies teammates Sunil Narine, Andre Russell and Darren Bravo to play in the Pakistan Super League, which will happen before the IPL-11.

With no Harbhajan Singh and Lasith Malinga, Pollard who joined MI in 2010 remains the most senior player in the team. He has taken breath-taking catches in the deep and has played some crucial knocks with the bat under pressure as well especially against Royal Challengers Bangalore in 2017 after Samuel Badree’s hat-trick on a sluggish pitch at the M Chinnaswamy stadium. His winning knock in 2013 IPL final against Chennai Super Kings on a testing pitch is still afresh in his fans’ minds.