Steve Smith apologised for his outburst but expressed disappointment that the on-field spat between Wade and Jadeja was made public by BCCI. 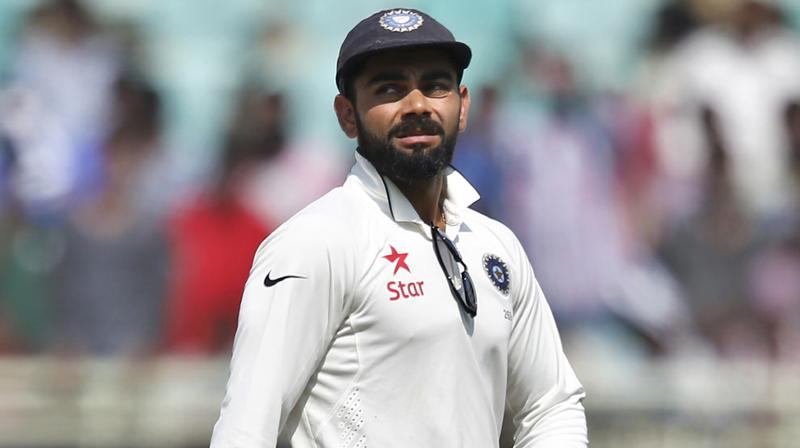 "As I said in the heat of the battle, you want to be competitive but yeah I have been proven wrong," said Virat Kohli. (Photo: AP)

Kohli, who remarked on his friendship with some Australian players before the series, said things had changed during the bitter contest between the world's top two sides.

"I thought that was the case but it has changed for sure. As I said in the heat of the battle, you want to be competitive but yeah I have been proven wrong," he said in a post-match press conference.

"The thing I said before the first Test, I have certainly been proven wrong, and you won't hear me say that ever again."

The 28-year-old skipper, who sat out the final Test due to injury, caused a furore in the second Test after accusing his counterpart Steven Smith of repeatedly abusing the decision review system.

Critics questioned Kohli's conduct under pressure, and also his form in the series, with the right-hander scoring just 46 runs from five innings.

Tensions were exacerbated after the Indian captain was dubbed "the Donald Trump of sport" in an Australian newspaper, and former Test bowler Geoff Lawson accused him of acting like "your worst behaved player".

The rancour was inflamed in the third Test in Ranchi, where Australia batted out the fifth day for a draw, when Glenn Maxwell mocked Kohli's shoulder injury.

The animosity between the sides spilled over into the series-decider with Ravindra Jadeja and Aussie wicketkeeper Matthew Wade engaging in a verbal fight Monday that was caught by stump microphones.

The Board of Control for Cricket in India (BCCI) posted the footage, complete with stump microphone recordings, on its website and social media channels.

India's Murali Vijay then found himself at the centre of a fresh controversy after claiming a catch that replays showed had spilled onto the grass.

The Aussie skipper apologised for his outburst but expressed disappointment that the on-field spat between Wade and Jadeja was made public by the BCCI.

"I have been pretty intense throughout this series. I really wanted to do well for the team. At times I have been in my own bubble and have let my emotions slip. I apologise for that," said Smith.

"I was a little bit disappointed that the BCCI sieved through the archive to find a conversation out on the field that was happening between Matty (Wade) and Jadeja.

"It's happened between both sides throughout this series, so the fact they've done that to us is a little bit disappointing.