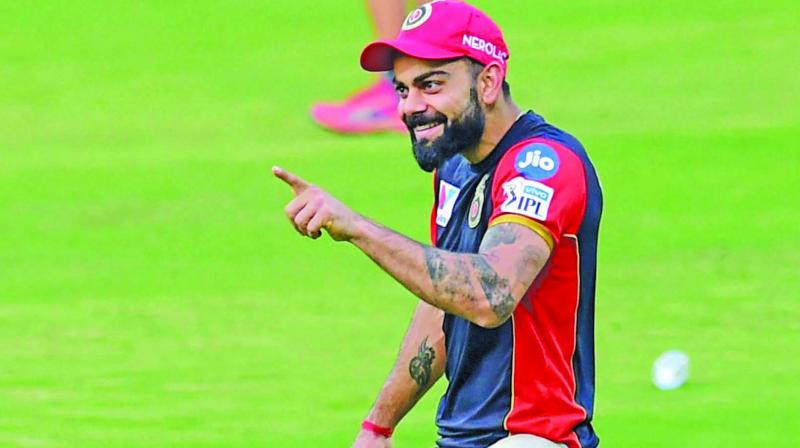 Bengaluru: After a disappointing start to their IPL-12 campaign, Royal Challengers Bangalore are back at home and will face another tough opponents in Mumbai Indians here on Thursday. Three-time champions Mumbai, too, would be hoping for a better show after being on the receiving end of a Rishabh Pant onslaught. Pant had blown Mumbai’s death bowling away and didn’t spare Jasprit Bumrah either.

RCB who were bowled out for 70 on a turner at Chepauk stadium are expecting a better show at the Chinnaswamy stadium.

AB de Villiers was hopeful of getting a better wicket than Chennai. “I am hoping the wicket to be good. Yes, every wicket in the IPL will be different; in the world for that matter. It is up to batsmen to play a good game in the next match, assess the conditions well, whichever wicket we are getting we need to play better cricket than the last game,” said de Villiers.

De Villiers said RCB’s middle-order has become stronger. “I think we have got a bit more balance and more options. I also like the fact that you can see some old faces and it is not a complete rush of new faces,” he said.

All eyes will be on Bumrah in Mumbai Indians’ line-up. Bumrah had conceded 40 runs in the previous game and also suffered a blow to his shoulder.

He is doubtful for the match even though he bowled in the nets on Wednesday. Lasith Malinga is expected to join the squad only on Thursday.

Quinton de Kock, who was donning RCB colours last season, is now with Mumbai Indians. The South African was optimistic his bowlers would bounce back.

“No matter whom we’re playing against, you’re always quite determined to score runs. I’m always determined to contribute towards the team and just get the team over to a winning side, that’s what my goal is and what I’ll try to do,” de Kock said.