Sports   Cricket  28 May 2017  A cricketer and a gentleman
Sports, Cricket

A cricketer and a gentleman

While Sachin Tendulkar hobnobbed with the bigwigs at his biopic premiere, he did not forget his former mentors and teammates. 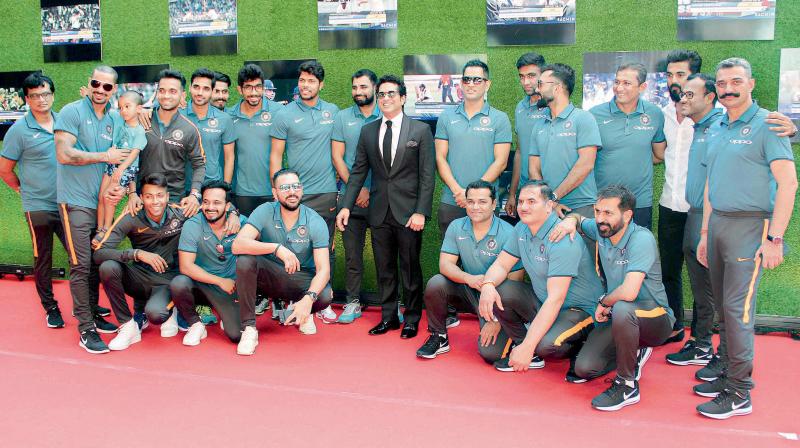 The Indian team congratulates Tendulkar on the release of his film.

To any sport aficionado growing up in India in the 90s and beyond, Sachin Ramesh Tendulkar’s name was synonymous with the game of cricket. For sheer consistency in Test match cricket to swashbuckling centuries as ODI opener, Sachin was Mr Dependable for close to a quarter of a century in which he represented India at cricket.

Sachin’s modesty in handling decades of fame was evident during the premiere of his biopic documentary, Sachin: A Billion Dreams, held in Mumbai last week. Stories and footage of the hopes of millions of his followers had been pinned on Sachin’s presence at the crease as we see in the film recording his life. But the heart-warming part of the cricketer’s understanding of his recognition came through the fact that on a big day like this, while rubbing shoulders with movie stars and socialites, Sachin still reserved the pride of place for his former teammates,his coach as well as his ‘superfan’ Sudhir Kumar Chaudhary, on the red carpet, and in the theatre. 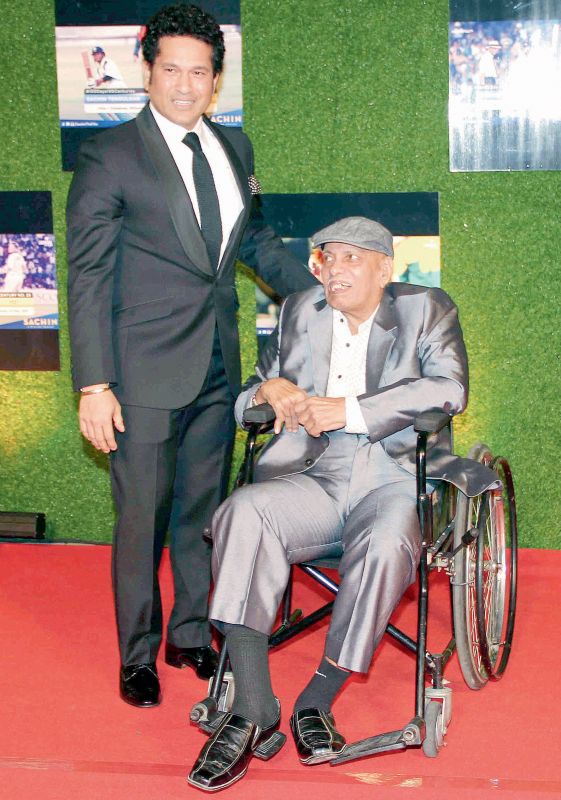 As former cricketer Balwinder Singh Sandhu points out, it’s Sachin’s humble upbringing that has stuck with the master blaster throughout his life. “Coming from a middle class family, it was the way he was brought up,” he explains. “The typical middle class values that were put into him by his parents, and the way he’s carried it all off, has been quite commendable. He hasn’t let his success get to his head. Most of Ramakant Achrekar’s students (Sachin’s first coach) have learnt this philosophy rather well.”

Sachin’s devotion to his fans makes him even more endearing to them. Take for example a video he uploaded recently exhorting fans on bikes to wear helmets. The video ends with the duo promising their hero that they will abide.

He’s gained this reverence thanks to his nature and game, reveals sportswriter Ayaz Memon. “He has earned their respect through rigorous hard work, and diligently playing the game, earning plaudits from all over the world,” he says. “And the tremendous respect for the fans and the game hasn’t changed in the last 30 years; this has been a hallmark of Sachin. From his days as a schoolboy cricketer to becoming an international legend, he has managed to stay down-to-earth and has continuously respected the game that has given so much. In addition to all of this, he has so much respect for his fans that have elevated him to the level he is at.” 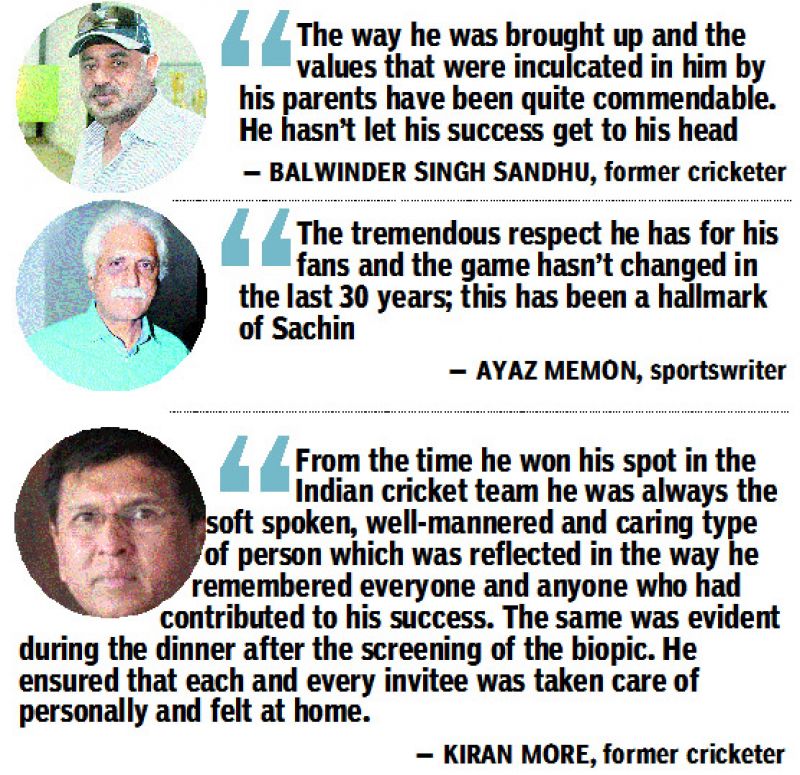 In a time where sportspersons are perhaps known more for their off-field antics, Sachin’s career remains a benchmark for Indian cricketers to live up to. Indeed, even in his farewell speech during his last game at the Wankhede stadium, in 2013, the Little Master thanked everyone, including his first coaches and fellow players, his wife and kids. Adds Sandhu, “The fact he’s stayed away from controversy has definitely added to the respect he earned from his fans. He’s become an icon, where he can take the role of being a cricketing leader. When he speaks, people listen.”

Over the last few months, Sachin has been aggressively promoting his movie, Sachin: A Billion Dreams, on every possible platform, and this has caught Twitterati’s attention. The promotion began with his singing debut with Sonu Nigam, after which he attended many other promotional events. The cricketer also met Narendra Modi along with his wife Anjali. Here are a few jokes on Sachin’s promotion overdrive, that will leave you in splits.

On a lighter note
Sachin has been aggressively promoting his film, and it’s caught Twitterati’s attention

@Bhavessshh
The only place where Sachin didn’t promote his movie is Rajya Sabha.

— With inputs from K.A. Dodhiya