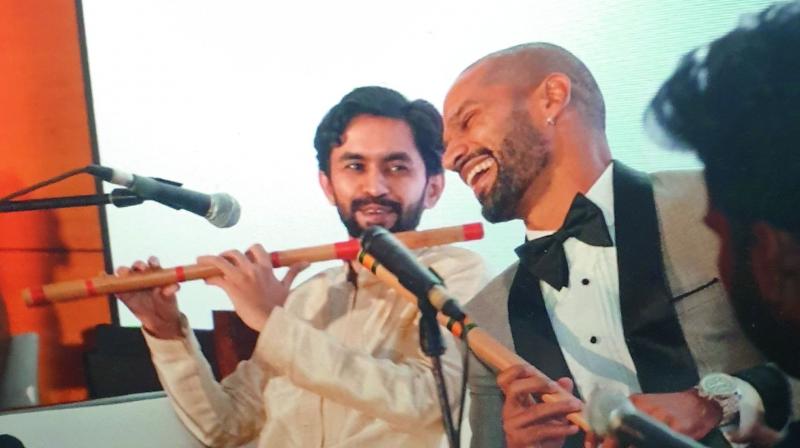 Interestingly, Indian classical bansuri (flute) is one of the oldest musical instruments of India. But Shikhar has been taking online classes for the past five years from an eminent classical flautist, Shri Venugopal S. Hegde, who is an internationally acclaimed artist known for his soulful music and pure classical expression of ragas. His style of playing flute is based on the celebrated Maihar–Senia Gharana.

Speaking exclusively over the telephone from Dharwad, Shri Venugopal tells us, “Flute is a difficult instrument to play. But since Shikhar started learning, he has been a patient and persistent student, working hard at overcoming all the difficulties a learner faces when playing the instrument initially. Now, he can play Indian classical ragas on the bansuri beautifully and melodiously.”

The bansuri is considered a divine instrument of Lord Shri Krishna. It is believed that when Lord Krishna played the flute in Vrindavan with his dearest friend Radha, the beautiful sound had a spellbinding and enlightening effect on not only men and women but also all life forms.

Clearly, though not having Krishna’s effect, Shikhar surely seems to have a rather pleasing influence on his guru. “Shikhar is a wonderful person to be with any day given his sense of humour and wittiness.

He is a beautiful person, and be as he may a great cricketer with all his enormous achievements, in the bansuri class, he is an eager and excited student, hoping to learn new ragas and techniques of the instrument. I am just happy to know him as a very good friend, a sincere student and a great cricketer,” points out Shri Venugopal, sharing his best wishes for the player.