Every player wants to represent their country: Lalchand Rajput

Lalchand Rajput is one of the top contenders to have applied for the job of Indian Cricket Team coach. 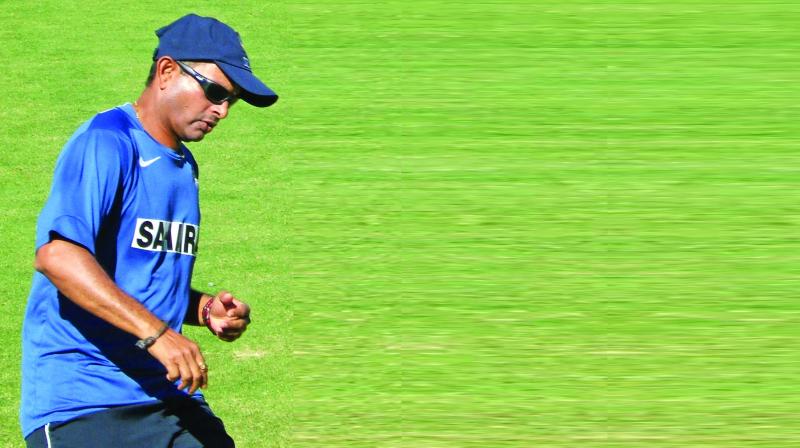 Rajput was also the manager of the Indian team that lifted the T20 World Cup in 2007.

Former India and Mumbai cricketer, Lalchand Rajput, presently coach of the Afghanistan Cricket Team, is one of the contenders to take Anil Kumble’s spot as the Indian Cricket Team coach.

The 55-year-old said that cricket has played a huge role in his life over 32 years, be it in coaching or playing. “I am privileged to be associated with this game as I am incredibly passionate about it. I played at the highest level, and after my retirement, I am still contributing to this game as a coach. Without cricket, I would not have achieved so much,” said the former right-handed India opener.

Rajput was also the manager of the Indian team that lifted the T20 World Cup in 2007. When asked about the contention for the position of the coach which will be announced soon, he said pragmatically, “Every person wants to serve the country somehow, some do it by playing, and some do it as a coach. I also think that being a coach has become a thankless job in cricket with time, but only time will tell.”

Rajput is currently coaching the Afghanistan international team. The right-handed opener has completed one year as the coach of Afghanistan, and he is in a happy space. “I have a good rapport with the players, and I am like a friend, philosopher and a guide to them. For any coach, the most challenging job is that the players and the coach stay on the same page and think alike. I think communication is essential when it comes to grooming the players; I make sure they understand my message and I am keen on their feedback,” he asserted.

Apart from Rajput, four other candidates have applied for the job: Virendra Sehwag, Dodda Ganesh, Richard Pybus and Tom Moody.

Rajput was elated to read the news about Afghanistan attaining Test Cricket status. “I am delighted and excited that they got the Test status while I am the coach of that team. The players and administrators are pleased with this development, and everyone is overjoyed on hearing that Afghanistan will be now called a Test playing nation. The players are over the moon to be considered as Test players. Test matches are the real assessment of players and will examine their character, temperament, mental toughness and patience. The team has to work hard on these aspects,” said an elated Rajput.

“My association with the Afghanistan team is tremendous, and I am enjoying it. The players respect me a lot. They are hard-working lads and want to put that extra effort to make things happen,” he adds.

After Kumble’s resignation, BCCI is set to announce the new coach before the tour of Sri Lanka, and perhaps Mumbai’s Rajput may grab that important position.