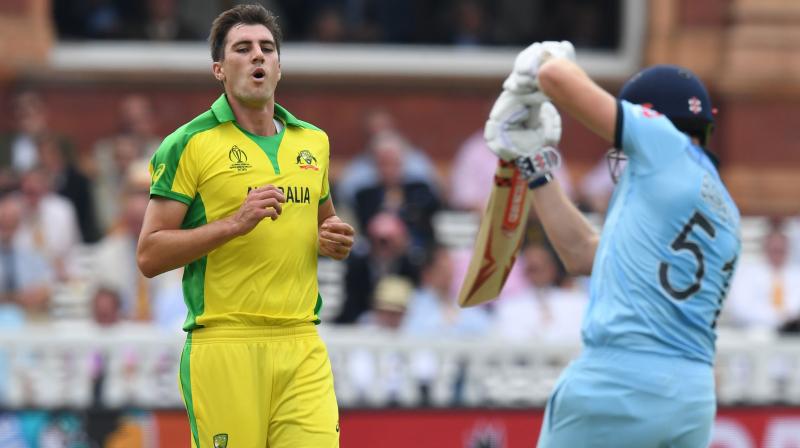 Australia will play against New Zealand at The Lord's on June 29. (Photo: AFP)

"I don't think they would want to. But I would be surprised if either of those guys rests up," Cricket.com.au quoted Justin Langer as saying.

With a win against England in the last match, defending champions Australia confirmed their semi-final spot. They are currently at the top of the teams standing with 12 points and became the first squad to qualify in the semi-finals.

Langer stated that he does not want to break the rhythm of the bowlers by giving them break, as a win in the semi-final is very crucial to make it to the finals.

"The challenge is going to be that we have long layoffs now, a bit of a layoff, then five or six days in Manchester, we have to manage that really well. So I don't think they will want to rest," Langer added.

Australian pacer Mitchell Starc and Pat Cummins are performing well for the side. Starc is the leading wicket-taker in the tournament with 19 wickets. His in-swinging yorker to Ben Stokes was praised by everyone.

On the other hand, Cummins has been playing the role of the secondary pacer very well as he bagged 11 wickets in the seven matches.

Australia will play against New Zealand at The Lord's on June 29.