Sameer Verma, who has qualified as the fourth Indian for the World Championship, jumped four spots to be 28th in the standings. 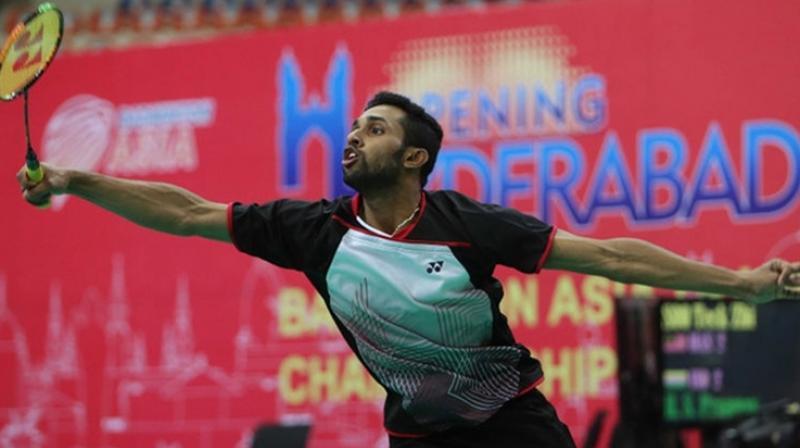 With HS Prannoy improving his position, India have four men in the top-20. (Photo: AP)

New Delhi: HS Prannoy, on Friday, jumped to the 17th spot in the BWF world rankings in the men’s singles category on the back of his triumph in the US Open Grand Prix Gold.

Parupalli Kashyap, who reached his first final at US Open in more than two years after recovering from multiple injuries, also gained 12 places to be at the 47th spot.

Sameer Verma, who has qualified as the fourth Indian for the World Championship, jumped four spots to be 28th in the standings.

With Prannoy improving his position, India have four men in the top-20. Kidambi Srikanth, who clinched back-to-back titles at Indonesia and Australia, is the highest ranked Indian at number 8.

Ajay Jayaram is ranked 16th, while B Sai Praneeth is 19th spot after losing a place. In women's category, PV Sindhu remained 5th while Saina Nehwal dropped a spot to be world number 16. They are the only two Indians in the top-25.

In mixed doubles, Pranaav Jerry Chopra and N Sikki Reddy dropped three places to lie at the 20th spot. There were no Indian pair in the top 25 in men's or women's doubles.