Sports   Cricket  28 Jul 2019  Getting in and out of side doesn't create good pattern: Shreyas Iyer
Sports, Cricket

Getting in and out of side doesn't create good pattern: Shreyas Iyer

Indian Premier League's youngest captain, the 24-year-old Iyer, is getting ready for the upcoming limited overs series in the Caribbean. 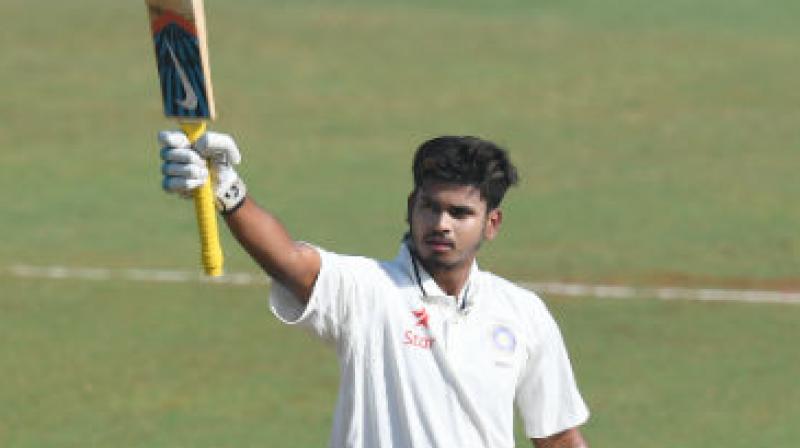 Shreyas Iyer fully understands that it was a specific team combination that was the reason he was being overlooked and hence he always remained in high spirits. (Photo:AFP)

New Delhi: Every player wants a sense of security and Shreyas Iyer is no different as he believes that "getting in and out of the team doesn't create a good pattern" and dents a player's self belief in the long run.

Indian Premier League's youngest captain, the 24-year-old Iyer, who guided Delhi Capitals to their first play-offs in seven years, is getting ready for the upcoming limited overs series in the Caribbean having earned a recall after a disappointing World Cup snub.

This is his second coming and he wants a few more chances that will help him cement his place in the side.

"If you are really a good talent, then you need a certain amount of chances to prove yourself and get acclimatised to the conditions," Iyer told PTI in an exclusive interview.

"If you keep coming in and going out (of the team), it doesn't really set a good pattern for one's self and you start disbelieving yourself. If you are a great talent, then you need some time," feels the talented Mumbaikar, who has played 6 ODIs and an equal number of T20 Internationals. Having stacked up consistent performances at the domestic and A level, Iyer said that at times one tends to lose patience but the only mantra is to perform.

"Yes, you tend to lose patience but selection is not in your hands. All you can do is perform, perform and perform and that's what I enjoy doing," he said when asked about times when someone is repeatedly ignored.

"You have to keep performing and keep showing people that you are capable of playing at the higher league. Once you get that sniff, you never look back," Iyer, who enjoys 50 plus average (52.18) over 54 first-class games and a healthy 42.93 in List A matches, said.

He is confident that he will certainly play a World Cup in future even as the 2019 exclusion rankles him.

"Yes there was a lot of buzz about me before the World Cup selection because I was consistent and aware about the hardwork and smart work that I had put in. It will definitely reap benefits and help me in future when I play for India," he said.

Iyer fully understands that it was a specific team combination that was the reason he was being overlooked and hence he always remained in high spirits.

"It was difficult to not get selected. It was my dream to play the World Cup for my country. I know there are a few opportunities that I got but unfortunately the team combination was such that it didn't demand me to be there," said Iyer, who is a practical sort of person, something that was reflected in his decision making during crunch IPL games.

"I just kept myself positive and always in high spirits. It didn't disturb me from inside at all. It was a dream to play the World Cup and I will play for sure in the future," he added.

An attacking player with a wide array of strokes in his repertoire, Iyer believes in not tinkering too much with his process as long as he knows that it wasn't dearth of effort.

In his endeavour to seek constant improvement, Iyer is working on two specific strokes --- pull and sweep.

"You have to always work on your batting as you are never perfect. I am working on my batting everyday and trying to perfect a few shots that will help me score all around the world.

"Pull and sweep are two shots which can help me score runs outside India. These are two shots that can immediately put pressure back on bowlers," Iyer reasoned.

His comeback has happened after a successful 'A' one day series, where his half-centuries were instrumental in two of the four victories recorded by India A.

"The A tour has always given me an opportunity to prove myself in the higher league as this is the stepping stone. I was in West Indies for the List A series and I had an idea of how the pitches play and also it's so hot out there that you need to keep yourself hydrated.

"These are little things that you learn as you start playing," he signed off.