Allardice supported the officiating umpires' decision for awarding six runs instead of five on the overthrow. 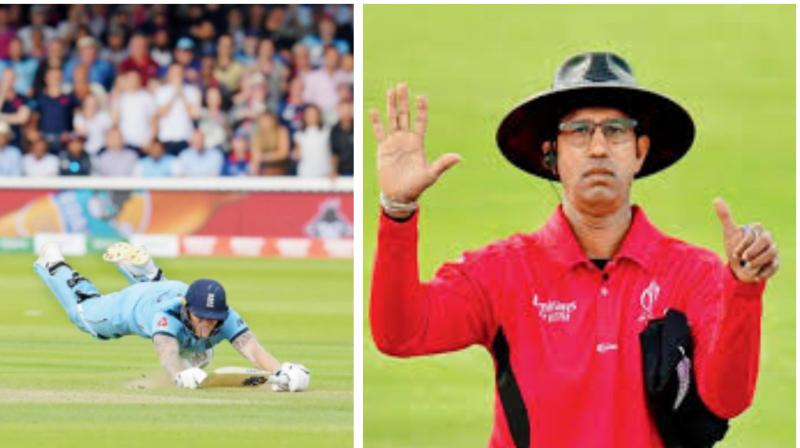 As England needed nine runs off three balls, Ben Stokes hit the ball into the deep off Trent Boult and ran for a double. New Zealand's Martin Guptill threw the ball in an attempt to run out Stokes but the ball bounced off Stokes' bat and reached the boundary and England were awarded six runs - two for a double and four for an overthrow. (Photo:AFP)

As England needed nine runs off three balls, Ben Stokes hit the ball into the deep off Trent Boult and ran for a double. New Zealand's Martin Guptill threw the ball in an attempt to run out Stokes but the ball bounced off Stokes' bat and reached the boundary and England were awarded six runs - two for a double and four for an overthrow.

Allardice supported the officiating umpires' decision for awarding six runs instead of five on the overthrow.

"They (on-field umpires) had to make a judgement call on the day as to whether the batsmen had crossed when the throw was released. After everything that went on during that delivery, they got together over their comms system and made their decision. They certainly followed the right process when making the decision," ESPNcricinfo quoted Allardice as saying.

Allardice further said the playing conditions did not allow the third umpire or the match referee to step in.

"They were aware of the law when they made the judgment about whether the batsmen had crossed or not at the time. The playing conditions don't allow them to refer to such a decision to a third umpire. The match referee cannot intervene when the umpires on the field have to make a judgment call like that," he said.

The law 19.8, which relates to an overthrow or wilful act of fielder, says, "If the boundary results from an overthrow or from the willful act of a fielder, the runs scored shall be any runs for penalties awarded to either side, and the allowance for the boundary, and the runs completed by the batsmen, together with the run in progress if they had already crossed at the instant of the throw or act."

Allardice said that the World Cup final match would be "considered" by former India skipper Anil Kumble-led ICC's Cricket Committee. However, the committee meeting is not scheduled until the first quarter of next year.

When asked there were questions about sharing the World Cup trophy, Allardice stressed, "The consistent view has been that the World Cup final needs a winner and a Super Over was in the playing conditions to decide a tied Final in each of the last three World Cups (2011, 2015 and 2019)."

Former Australian umpire Simon Taufel said that England should have got only five runs instead of six runs. He added that the officiating umpires Dharmasena and Erasmus made a mistake, Sydney Morning Herald had quoted Taufel as saying earlier.

Taufel, who was named the ICC Umpire of the Year every year from 2004 to 2008, defended the officiating umpires, saying they have to consider a number of things while examining every ball. He said that the umpires have to follow and examine whether there is a run out, an obstruction on the field and whether the ball has been taken fairly.

The retired Australian umpire further said that there was a judgment error as Stokes and Adil Rashid had not crossed for the second run. The replays showed that the England batsmen had not crossed at the time of the throw. As a result, five runs should have been awarded to England and Stokes should have been at the non-striker's end for the next ball.

Taufel, a member of the MCC Laws subcommittee, also said that the umpires did their best and it would be unfair to say that one decision cost New Zealand their maiden victory in the tournament.

The World Cup final between England and New Zealand will be remembered for ages as neither the 50-over match nor the super-over could separate the two teams. England were declared winners based on boundary countback rule as the hosts of the tournament had hit 26 fours as compared to New Zealand's 17 boundaries.