Sports   Cricket  28 Jul 2019  'Pointless to argue whether ICC was right on not': Hamilton Masakadza
Sports, Cricket

'Pointless to argue whether ICC was right on not': Hamilton Masakadza

ICC's chairman Shashank Manohar had said that what happened in Zimbabwe is a 'serious breach' of the ICC Constitution. 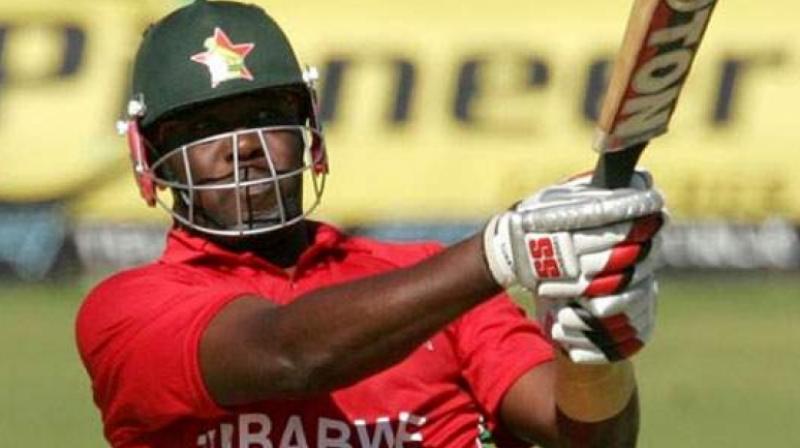 Following the ICC's decision to suspend Zimbabwe Cricket, skipper Hamilton Masakadza has written a letter to the country's sports minister Kirsty Coventry, saying it is pointless to argue whether the cricketing body was right or not. (Photo:AFP)

London: Following the ICC's decision to suspend Zimbabwe Cricket, skipper Hamilton Masakadza has written a letter to the country's sports minister Kirsty Coventry, saying it is pointless to argue whether the cricketing body was right or not.

"It is important to note that ICC, as the world cricket governing body, has made its ruling and at this stage it is pointless to argue whether they were right or not," Masakadza wrote in a letter addressed to Coventry.

"At this stage, the whole issue has regrettably been reduced to a contest of who has the strongest argument or who has the power when what is at stake are human lives and the very future of the game," ESPN Cricinfo quoted the letter written by Masakadza.

"I wish to have it on record that our meeting last week was the first official communication by the Zimbabwe senior men's team since the suspension of the Zimbabwe Cricket board by the Sports and Recreation Commission (SRC). I am doing this because it has come to my attention that there are some players who have been making statements saying they are speaking on behalf of the team. Their actions are divisive and in fact compromised change-room harmony during our tour of Netherlands and Ireland," he added.

Earlier, Zimbabwe Women's team skipper Mary-Anne Musonda had also written to the sports minister of the country saying: "We implore you to get the SRC to give the game a chance and reinstate the recently-elected ZC board. Police action, anti-corruption action all that can always be done while we are playing and those found on the wrong side can then be arrested. As for now, only one decision needs to be made: reinstatement".

The ICC had earlier suspended Zimbabwe Cricket with immediate effect for failing to fulfill their obligation of ensuring that there is no government interference in its administration.

ICC's chairman Shashank Manohar had said that what happened in Zimbabwe is a 'serious breach' of the ICC Constitution.

Zimbabwe Cricket now needs to get their administration in order by the next ICC meeting slated to be held in October this year. After the suspension, batsman Sikander Raza had said that it may be time for Zimbabwe's players to think about alternative careers.

"If we miss the World T20 qualifiers, we will miss the T20 tri-series in Bangladesh (in September). What if the house (Zimbabwe Cricket) is not in order? Is the ICC going to recognise the interim committee or the old committee? What is happening," Raza had said.

"I don't know where we go as international cricketers. Is it club cricket or no cricket for us? Do we just burn our kits and apply for jobs? I don't know what we have to do right now," he had added.

The 33-year-old Raza had also added that if the ICC had overseen the Zimbabwe Cricket elections earlier this year, then the apex cricketing body might have quickly recognised why the government's Sports and Recreation Commission (SRC) dismissed the board in the first place.