Rohit Sharma’s activity and the fact that both the players have been silent indicate that there’s more than just being a simple rumour. 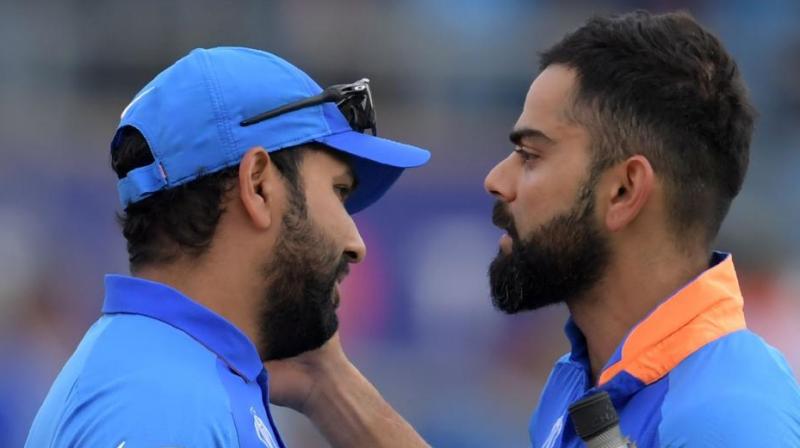 Mumbai: The speculations regarding the rift between Virat Kohli and Rohit Sharma has been doing the rounds for some time, but now, a new report came out, and the report suggest that the rift talks is getting stronger with each passing day.

A report from IANS has stated that an attempt by the authorities to shut down the rift speculations has failed. As per the report, a member of the Committee of Administrators (CoA) met a senior player and requested him to post a public message indicating that there’s no rift within the team. However, that player hasn’t followed the CoA member’s directive till now.

A senior BCCI official who didn’t want to be named, "Everyone is aware that there is tension brewing and while the CoA has tried its best to deny any rumours of rift in the ODI team in the media, one of the members spoke to a senior player asking him to send out a positive message/statement in the matter. But not much progress has been made in this regard."

The rumours regarding Virat Kohli-Rohit Sharma got stronger after the Indian vice captain Rohit Sharma ‘un-followed’ Anushka Sharma and her husband-cum-Indian captain Virat Kohli on Instagram. Rohit Sharma’s activity and the fact that both the players have been silent indicate that there’s more than just being a simple rumour.

Apparently, the issues within the team started after the loss against England in 2019 World Cup (during the league stage). As per the IANS’ sources, after the England match got over, a meeting was held, and during the meeting the bowlers were heavily criticized and were held accountable for the defeat. After the meeting, the bowlers felt they were targeted unfairly.

Another trustable source stated, "The bowlers were given a showdown after the loss and they felt that it wasn't just a case of bad bowling and there were more areas that needed to be looked into before pointing fingers at the bowling unit."

Having said all this, one thing’s sure the more the rift talks are pressed down, the more new stories are going to come out. The captain and vice captain must speak out, or else the rifts talks will create a ruckus among the team.

Moreover, this was quite similar to the 2017 incident involving current Captain and former coach Anil Kumble, and following that Anil Kumble was sacked from his post. However, with time, everything will be revealed.