Malinga's unorthodox action and his offbeat hairstyle contributed to the ferociousness of his delivery. 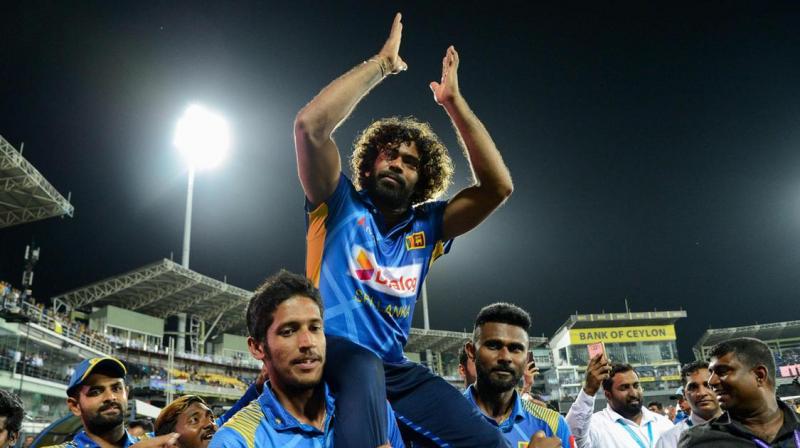 Malinga’s entry into the Indian scenario with the help of the Indian Premier League (IPL) made him famous overnight and a household name in India. (Photo: AFP)

Mumbai: Lasith Malinga, a name which brings alive the memories of some of the finest yorkers ever bowled. He made crushing toes his hobby and taking wickets his passion. Bowling yorkers consistently is his biggest strength. His unorthodox action and his offbeat hairstyle contributed to the ferociousness of his delivery.

Malinga was a batsman’s nightmare for the better part of the decade. He came to be known as ‘Slinga Malinga’ due to his slinging arm action while bowling. His talents were not just limited to a single format. He spread his terror equally in Tests, ODIs and T20Is.

Making his Test debut in 2004 against the mighty Australians, he claimed six wickets in the first match itself. This put on the road to success. His ODI debut against UAE was not as spectacular as he managed to take just two wickets. He also couldn’t do anything significant on his T20I debut back in 2006.

Seldom has a cricketer been so loved by the Indian audience. Malinga’s entry into the Indian scenario with the help of the Indian Premier League (IPL) made him famous overnight and a household name in India.

Talking about personal life, Malinga is married to Tanya Perera and has two kids, a daughter and a son. The family often goes to matches around the world to cheer and support him. He has shared a few of his family on Instagram. Have a look at some photos.

It was great to see the Milan Cathedral, what a beautiful city!

Sir Viv Richards has said that ‘Malinga is the best thing to happen to Sri Lankan cricket after Aravinda de Silva’. He decided to take retirement from Test cricket in 2011 so that he could play more ODIs and T20Is.

His ODI retirement came this year itself on 26th July after the first ODI against Bangladesh.

On his 36th birthday relive some of the finest moments of this Sri Lankan yorker machine.