The end of an era

To put this in perspective, Dhoni has never been omitted from any Indian squad in any format ever. 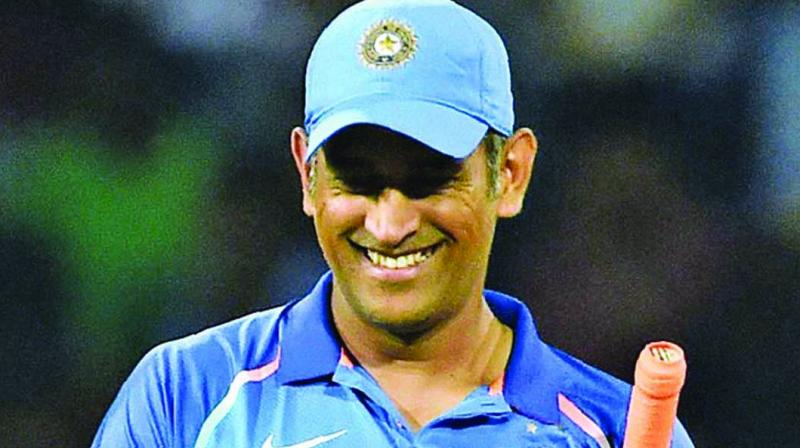 M S Dhoni not finding a place in the T20 squad (v West Indies and Australia) and Rohit Sharma’s return to the Test team were the most significant decisions taken by the selectors on Friday.

To put this in perspective, Dhoni has never been omitted from any Indian squad in any format ever. He was the only constant factor in all formats. (Since 2011, Virat Kohli is the only other one). When Dhoni retired from Test cricket midway through the series against Australia in 2014, it was on his own terms.

Sharma, on the other hand, while stamping himself as among the finest limited overs batsmen in contemporary cricket, has been in and out of the five-day team over the past 6-7 years. He gets perhaps a last opportunity to establish himself as Test player: if he breaks through past several rivals within that is.

Of these, Dhoni’s non-selection was obviously the more newsworthy. Since he led India to victory in the inaugural T20 World Championship, Dhoni has been the country’s pre-eminent — for several years also the best — in this format.

This marks the end of an era. Unlike some players who’ve complained of the lack of communication between them and the selectors about their being dropped from the India squad, I would be surprised if this was the case with Dhoni.

The former captain has a monumental body of work to speak for him. Dhoni commands cult status in the sport, and not just in India, it would be heresy not to discuss his future with him.

The clear takeaway from Dhoni not being in the T20 squad in my opinion is about when he will quit the sport. Everything suggests that the 2019 World Cup in England will be his swansong.

The T20 World Cup comes a year later, when Dhoni will be pushing 40, and he is unlikely to last that long. This would entail finding another wicketkeeper-batsman belatedly if he continues to be part of the team. The cut-off time has been timed perfectly.

It allows Rishabh Pant to grow into the role, though the 21-year-old can’t take this position for granted. His teammate from the under-19 days Ishan Kishan, who has shown sparkling form in the Deodhar Trophy, could be among his rivals.

Not being part of the T20 team frees up Dhoni to focus his attention and energies for one-day cricket and the impending World Cup. This is where his value, as player, mentor and senior pro, would still be enormous.

He is the most experienced player in the side, his record remains outstanding, he has a World Cup title (2011) to his credit as well as the 2013 Champions Trophy in England, which is a huge plus given that the next World Cup will be played there.

Captain Kohli, chief coach Ravi Shastri, the other support staff and all players, without exception, have consistently praised Dhoni’s contribution not just behind and in front of the wickets, but also in the dressing room and net practice.

These credentials and testimonies bespeak the faith in Dhoni’s abilities and experience. And yet, his being dropped from the T20 squad opens up some vulnerability where the World Cup is concerned.

His batting form in the past couple of years has been labored. The strong finishes that defined Dhoni as a brilliant matchwinner, have become agonizingly infrequent, raising questions whether his decline is so steep as to affect the team’s prospects.

That would be a harsh conclusion to reach. Imprudent too considering that Dhoni has never hankered after personal records and milestones. He could just be going through a trough.

He remains the best man behind the stumps still. And now that Pant and some others have shown the capability to play the role of finisher, Kohli is already looking to Dhoni to play the bulwark in the batting order.

This recast role suits him and the team best. But even in this, it becomes important for Dhoni to score enough runs that consistently advances the team’s prospects. The form and rhythm that makes this possible has to be found pronto.

With just over 15 ODI matches remaining before the World Cup — his last hurrah begins — India’s most talismanic limited overs cricketer has his task cut out to command a place in the side, not retain it on sentiment alone.