The BCCI has moved a step closer to hosting a day-night Test, with a request going across to its counterparts at the BCB. 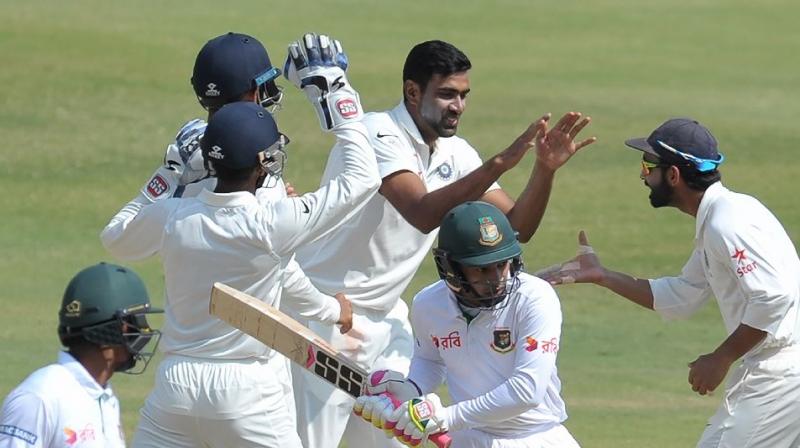 The second Test match between India and Bangladesh will be played under lights if Bangladesh Cricket Board (BCB) approves the Board of Control for Cricket in India's (BCCI) request. (Photo:AFP)

London: The second Test match between India and Bangladesh will be played under lights if Bangladesh Cricket Board (BCB) approves the Board of Control for Cricket in India's (BCCI) request.

The BCCI has moved a step closer to hosting a day-night Test, with a request going across to its counterparts at the BCB for the second and final Test of the upcoming India-Bangladesh series, scheduled to be played at Kolkata's Eden Gardens, ESPNcricinfo reported.

"We are having this discussion but we haven't decided yet. We will only decide after speaking to the players and team management," BCB CEO Nizamuddin Chowdhury said.

As the response is awaited from Bangladesh but the preparations at Eden Gardens are underway.

"We are waiting for the final go-ahead now, but yeah, we are expecting it to happen," he said. "As such, there is nothing different for us to do. A pitch is a pitch, we are hoping to make it a sporting one, with some pace." Sujan Mukherjee, the chief curator at Eden Gardens said.

"It has been raining intermittently for the past many days, and non-stop for the last three days. I am sure we will have time to do a good job, but we haven't been able to do much," he added.

After becoming the 39th president of BCCI, former skipper Sourav Ganguly emphasised the need for playing day/night Test matches to attract audience to the stadiums.

His remarks came during a ceremony by the Cricket Association of Bengal (CAB) felicitating him on his new appointment.

"We all are thinking about this. We will do something about it. I am a big believer of day/night Test matches, I do not know when will that happen. Till the time I am around, I will keep pushing about it. I must say, Virat Kohli, is agreeable to it. Once the captain of India agrees to it, life will become easier," Ganguly said during the ceremony.

"Yes you need to maintain the history of Test cricket, but you need to take the game forward. I am a firm believer of day/night Test matches, it can attract the audience to the stadiums. T20 cricket is seriously challenging the Test cricket, steps need to be taken," he added.

Both India and Bangladesh are yet to play in a day-night Test. Afghanistan and Ireland, the two newest full member countries of the International Cricket Council (ICC), are the two to have not featured in a day-night Test so far.

Bangladesh's tour of India begins on November 3 as both sides will play in the first T20I of three-match series, followed by two Test matches.

Tags: india vs bangladesh, board of cricket control in india (bcci), bcci, bangladesh cricket board