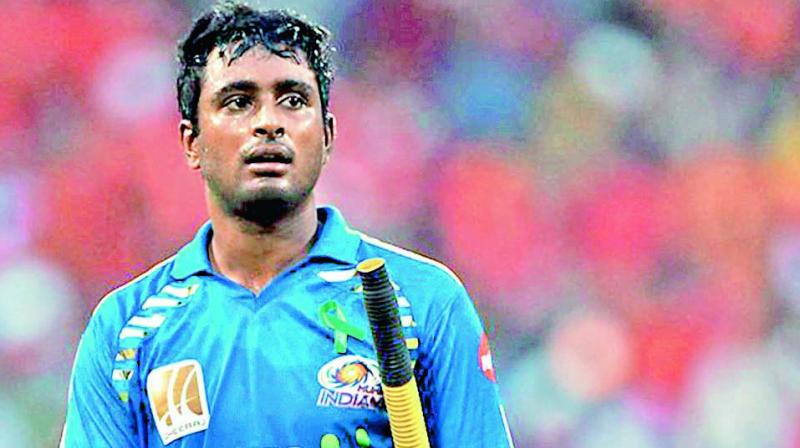 Many believe that Ambati Rayudu’s criticism of the Hyderabad Cricket Association is justified, and have urged president Mohammad Azharuddin to take corrective action instead of hitting out at the player for raising valid issues.

Following middle-order batsman Ambati Rayudu’s allegations of corruption within the Hyderabad Cricket Association (HCA), former cricketer and president of the HCA, Mohammad Azharuddin lashed out at him, calling him a “frustrated” cricketer.

Rayudu’s concerns are valid and and HCA’s new president must do some serious introspection and take corrective steps instead of abusing Rayudu, who didn’t blame Azhar at all. He criticised the system. There was no need for Azhar to react so angrily.

“You must judge people by their actions, not their words. Ambati Rayudu is the first playing cricketer who has spoken out against the system and quit. This has not happened ever before in the annals of our cricketing history,” says cricketer and conservationist Saad Bin Jung, who insists that Rayudu has the best interests of the game at heart.

“If Rayudu is not joining a political party, it proves he has no agenda. His words must be treasured, and every statement of his must be looked into. HCA has to stop living in denial. If things are wrong, they must be corrected,” he asserts.

Saad Bin Jung is not surprised that Rayudu is frustrated. “Of course, a man of Rayudu’s calibre will be frustrated if he sees cricket being stabbed in the back, but unlike many other spineless cricketers who say and do nothing, he has spoken out. And by doing so, he has ushered in a new beginning. He has laid the path for playing players to speak out and correct the wrongs,” he states, adding, “Not respecting his words will set a wrong precedent.”

However, Saad Bin Jung also has a few words in support of Azhar. “Azhar has just come in. It will take time for him to understand and change the system. No doubt he will take action on what Rayudu has said. Let’s give him time and judge him after a year,” he suggests.

An emotional player
Rayudu has also found support from his former Baroda coach, Sanath Kumar. “If Ambati has said so, there must be something fishy, though I don’t know much about Azhar,” he says, adding, “Ambati is one of the most genuine persons — a very good team player and student of the game. He is very helpful towards his team mates but extremely emotional, which often gets used against him. But he is a large-hearted person in the real sense.”

Recalling his coaching sessions with the cricketer, Sanath says, “I really enjoyed working with him and talking to him about the game. We all expected him to play for the country at a very early age but that did not happen. However, even when I worked with him in Baroda, he had very clear plans of playing for the country.”

Azhar must act
Meanwhile, former India stumper Farokh Engineer has also thrown his weight behind Rayudu. “Ambati Rayudu is right in speaking out his mind. Corruption cannot be tolerated in any organisation. If there is match fixing in Indian cricket or corruption in a cricket association, the authorities must act,” says Engineer, adding, “With regards to the Hyderabad Cricket Association, Azharuddin must take action and try to make the game clean. There should be zero level tolerance.”