The new twist consists of spectators claiming that an English man was behind incident. 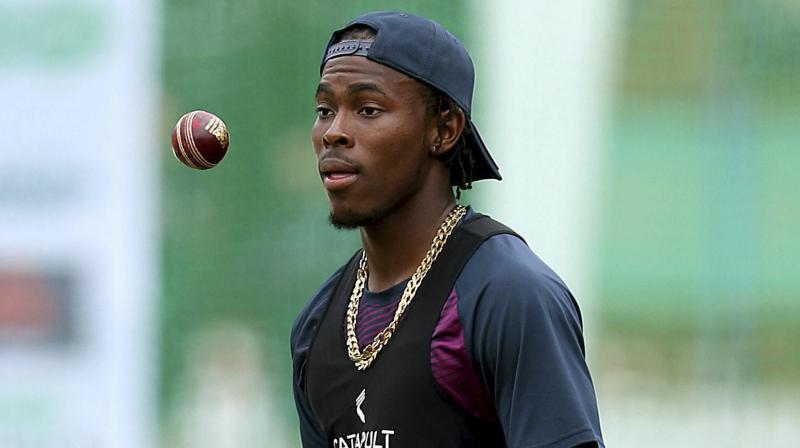 Auckland: Among the ongoing efforts to track the person who hurled racial abuse at England's Jofra Archer, two spectators have claimed that it was an English man who was behind the incident rather than a Kiwi.

Two Tauranga brothers have revealed that the supporter did not even mention a New Zealand player once and that they are sure that he was an Englishman.

"He was an English supporter. He definitely wasn't a New Zealand supporter, he never once mentioned a New Zealand player," one of the brothers was quoted by stuff.co.nz according to the Bay of Plenty Times.

"This guy chose quite quiet, specific times when the bowler was just walking up to his run-up so it was quiet and he would yell out," other brother said.

Pacer Archer had heard the abuse after he was sent back to the pavilion at the Bay Oval. He then went on to report the comments to the team's security at the ground.

After the match, he also tweeted about the incident and said: "A bit disturbing hearing racial insults today whilst battling to help save my team, the crowd has been amazing this week except for that one guy, @TheBarmyArmy was good as usual also".

As per a report in ESPN Cricinfo, the man who racially abused Archer, further contacted him on Instagram.

NZC had also released a statement and confirmed that they would be making an official apology to Archer.

"NZC has zero-tolerance towards abusive or offensive language at any of its venues and will refer to any developments in the case to the police," NZC said in an official statement.

New Zealand had defeated England in the first Test by an innings and 65 runs.

Both teams will next take on each other in the second Test, slated to begin from November 29 at Hamilton.