He's led from the front, the captain. 3 hundreds in 4 Test matches is pretty special, said Australian coach as he praised Steve Smith. 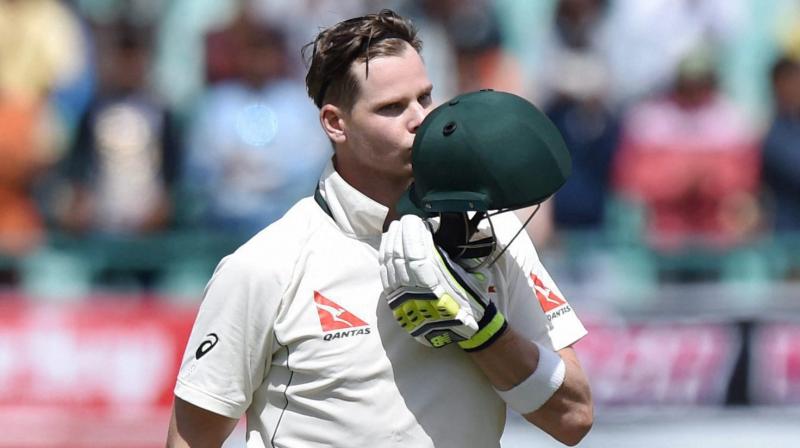 Dharamsala: Australia coach Darren Lehmann has hailed 'Bradman-like' Steve Smith for his consistent form with the bat and believes the 27-year-old has the potential to become one of Australia's great captains.

Smith's emerging side lost a tight four-match series to India 2-1 on Tuesday but he did lead them to a first Test match victory in the country since 2004 when they beat the world's top-ranked side inside three days in the series opener in Pune.

The unorthodox batsman was the top scorer in the series with 499 runs, which included three hundreds, and Lehmann said his consistency was similar to former great Donald Bradman, who retired with a career Test batting average of 99.94.

"He's been brilliant," Lehmann told reporters in Dharamsala. "He's been unbelievable. He's been Bradman-like with the bat but all the stuff behind the scenes has been exceptional.

"Really pleased for him and what he's brought to the team as a leader. The way they've gone about it has been impressive.

"He's led from the front, the captain. Three hundreds in four Test matches is pretty special."

Last year, Australia suffered a 3-0 whitewash in Sri Lanka before Smith's men were beaten at home in the first two Tests of a three-match series by South Africa.

An overhauled side gained a consolation win against the Proteas in a day-nighter at Adelaide Oval and then hammered visiting Pakistan 3-0.

Australia's Pune win halted India's unbeaten streak of 19 Tests, surprising many after the touring side arrived in the country on the back of nine straight losses in Asia.

"Behind the scenes, he's into it every day, making sure everyone is okay. I've been so proud of him as a leader. He's a different leader to Michael, to Ricky, to Taylor, to Waugh. And he's working out his own identity as a captain.

"Everyone is proud of him. So pleased with where he is going. He'll just get better and better."