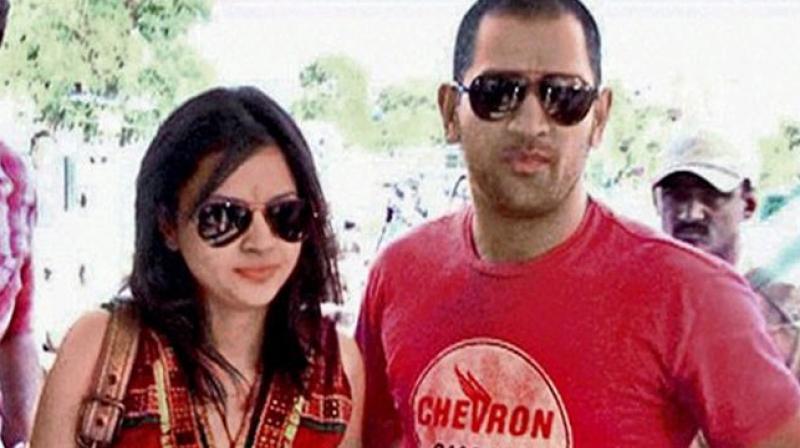 Sakshi Dhoni expressed her disappointment, after a photo giving away all the details of MS Dhoni’s Aadhar card was on the social media. (Photo: PTI)

New Delhi: An agency, which helps Unique Identification Authority of India (UIDAI) enroll citizens for Aadhar, has shared the personal details of ace cricketer MS Dhoni on social media apparently out of over enthusiasm.

Union Law and Information and Technology Minister Ravi Shankar Prasad, who was informed about the breach by Dhoni's wife Sakshi on Twitter, was prompt to promise action.

The agency's Common Services Center (CSC) had posted a tweet on Tuesday through its handle @CSCegov, saying: "Ace cricketer Mahendra Singh Dhoni and his family get their Aadhaar updated at VLE Mariya Farooqui's CSE at Ranchi, Jharkhand."

Prasad was tagged in the tweet. It included a photograph of the cricketer with a CSC representative and another picture of his personal details on what appeared to be the Aadhaar website. The tweet with the details was later deleted. 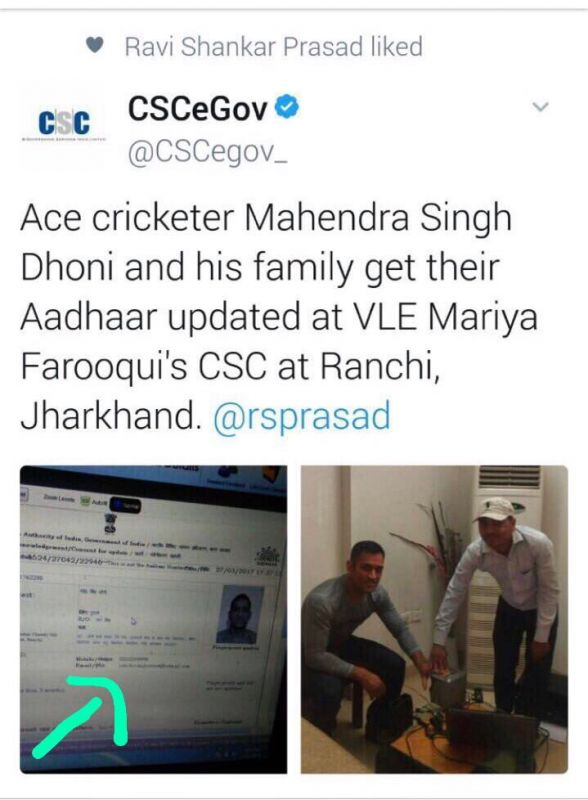 "Is there any privacy left? Information of Adhaar card, including application, is made public property," Sakshi tweeted. 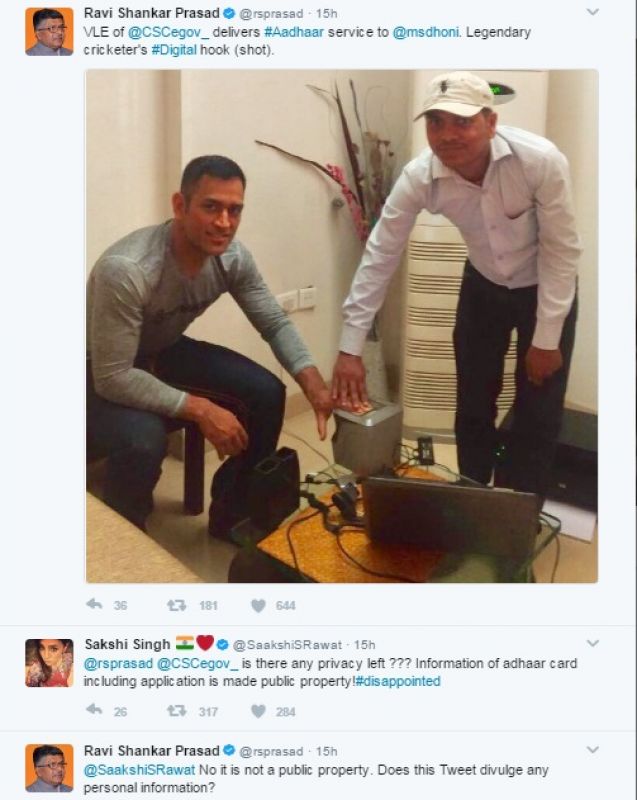 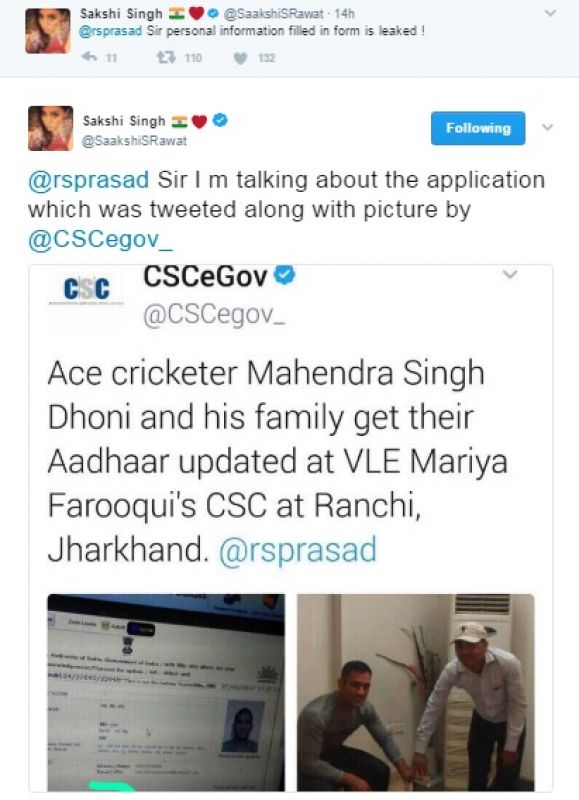 Prasad, while thanking Sakshi for brining up the issue to his notice, said, "Sharing personal information is illegal. Serious action will be taken against this."