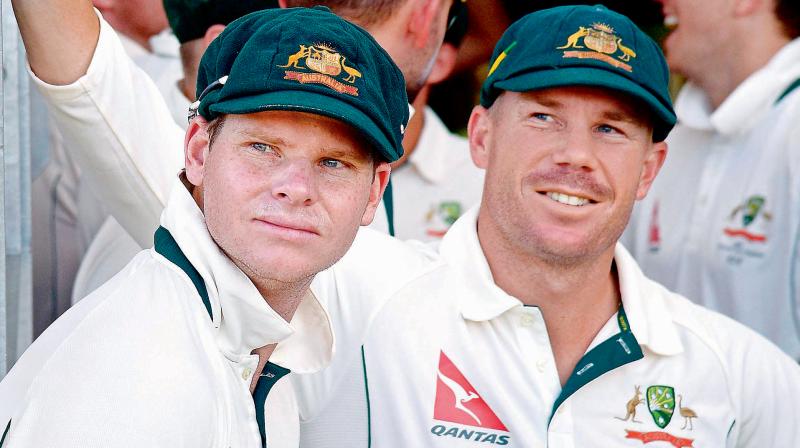 Smith was stripped of the captaincy and banned from leading Australia for two years over his involvement in the 2018 ball tampering scandal in South Africa. His sentence ended Sunday and he can again captain Australia if called upon.

Australian players were due this week to conclude a series of matches in New Zealand and, for some, to join the Indian Premier League. But it wasn't clear Sunday if the IPL will take place this year and when international matches will resume. Australia's scheduled mid-year tours to England and Bangladesh are in doubt.

Smith told Channel Nine Television's Sports Sunday he is doing his best to stay mentally and physically fit, training in his home gym, going on 10 kilometer (6 mile) runs and practicing the guitar.

"It's obviously not looking likely (the IPL will go ahead) at the moment," Smith said. "I think there might be some meetings over the next few days to discuss what the go is with it all.

"I'm just trying to stay physically and mentally fit and fresh and, if it goes ahead at some point, then great. And if not, there's plenty going on in the world at the moment. So just play it day by day."

It seems unlikely Smith will return to the captaincy when cricket resumes. Tim Paine is firmly established as Australia's test captain and at 35 is not immediately considering retirement. Aaron Finch has captained Australia successfully in white ball cricket.

The conclusion of Smith's ban ends the period of upheaval in Australian cricket that followed the ball tampering incident in the second test at Cape Town in 2018 when Cameron Bancroft, with the knowledge of Smith and his vice-captain David Warner, used sandpaper to change the condition of the ball.

Smith and Warner received one-year bans from international and most domestic cricket and Bancroft was banned for nine months. The scandal also resulted in the resignation of coach Darren Lehmann and the departure of Cricket Australia's chief executive, James Sutherland.