IPL 10: Lions fret over Raina’s fitness ahead of MI tie

The Lions will be hoping that their skipper Suresh Raina is fully fit. 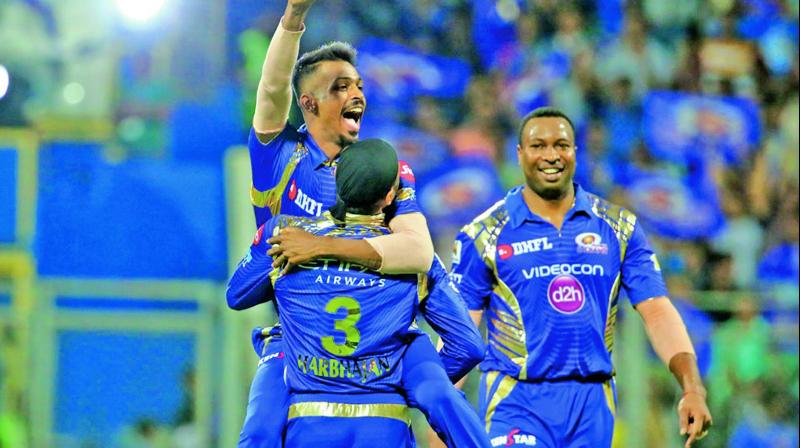 Mumbai Indians will be upbeat about their chances against Gujarat Lions. (Photo: BCCI)

Rajkot: High on confidence after decimating a high-profile Royal Challengers Bangalore, an upbeat Gujarat Lions will be aiming to lift their game a notch higher when they face title contenders Mumbai Indians in an Indian Premier League encounter, on Saturday.

The Lions will be hoping that their skipper Suresh Raina is fully fit. Raina scored an unbeaten 34 off 30 balls but had hurt his shoulder during fielding and was seen in considerable pain while batting.

The India international will not like to miss out a match at this crucial juncture, having already scored 309 runs in the tournament so far.

The teams have been a study in contrast during the tournament with MI winning six out of their eight matches while Gujarat have just about managed to get across the line on three occasions.

For Mumbai, both their defeats have been at the hands of Rising Pune Supergiant with the second one coming in their previous encounter.

One of the more balanced outfits with all bases covered, Mumbai’s primary aim will be to get two more wins as quickly as possibly which will all but ensure a
smooth passage into the Play-Offs.

Lions on the other hand need to win five out of their next six games and any slip up from here will considerably lessen their chances of making it to the Play-offs on successive occasions.