Former India cricketer and commentator Sanjay Manjrekar said Gambhir the batsman is of no great value. 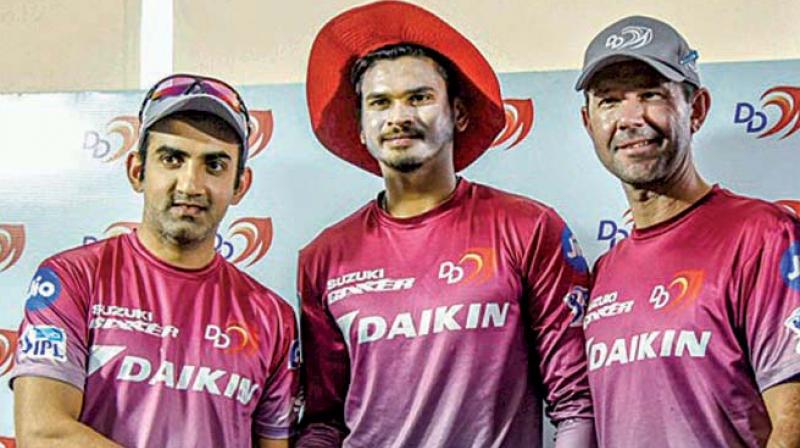 Gautam Gambhir had batted himself into a corner. He had nowhere to go but home at the last auction, that too was made possible since the Delhi Daredevils management had kept faith with him. Sent packing from Kolkata Knight Riders on the recommendation of coach Jacques Kallis who believed the player was getting “too self-focused”, the senior IPL figure and twice-winning captain may have been out on a limb if not for Delhi welcoming him.

Insiders aver that the South African coach was adamant he would not allow “a negative influence” to act to the detriment of his dressing room. It is remarkable that for such a successful player and batsman, Gambhir was considered incapable of contributing to the team cause if his personal form was not up to scratch. When on song, Gambhir was a skipper with high motivation but is said to struggle when his personal runs dry up.

As Gambhir’s struggle with the bat made Delhi’s campaign look ugly, the bold decision to hand over the captaincy to young Shreyas Iyer came as a whiff of fresh air. As Gambhir had managed a meagre 85 runs in five innings at a poor strike-rate of 96.59, he had no other choice than watching the proceedings on Friday from the dugout as the reinvigorated Daredevils celebrated a stunning victory over Kolkata Knight Riders at home to move to seventh position ahead of Mumbai Indians. Shreyas led the team from the front with a stroke-filled 93 off 40 balls and was aptly rewarded with the Man of the Match. The youngster showed a lot of maturity while fielding questions at the post-match ceremony. “All of us contributed, not only me,” said Shreyas.

Shreyas said it was Gambhir who dropped himself from the playing XI. “It wasn’t my decision to drop him. He himself decided to sit out, which was a really courageous decision with him being the captain in the previous matches. The respect for him has gone really high. It’s really [good to] see when a captain, if he’s not playing well, he backs out,” Shreyas added.

Former India cricketer and commentator Sanjay Manjrekar said Gambhir the batsman is of no great value. “Gambhir was picked more for his captaincy than his batting, but because the batting group was not clicking, Gambhir, the batsman, came under scrutiny. Even when Gambhir was doing well in T20, we got the impression that he wasn’t made for the format. I think he did well within his limitations. He is not a powerful hitter and doesn’t have a great range of shots,” explained Manjrekar.

Cricket is a peculiar team game in which an individual or two can swing a match on their own. But T20 makes extreme team demands as finding the one or two heroes of the day all XI have to be in sync with the team cause. A harmonious team is more likely to find the batting heroes of the day who carry a team to win or the committed bowlers and fielders who can stop the chase or contain the opposition when bowling first.

Former India opener Aakash Chopra came in support of his ex-Delhi teammate saying that it was a collective failure. “Gambhir has taken the fall for his team’s poor show. Some of Delhi’s tactical decisions were questionable but it felt, from the outside, that they weren’t his decisions alone,” he said.

Manjrekar said dropping Gambhir all from the XI for a couple of matches would free him up as a batsman. “He will feel relived as he has taken the noble call. Often, as a captain, if your team is not delivering you carry the guilt. Let’s be honest about people like Yuvraj Singh and Gambhir, they are well past their prime. T20 cricket is all about coming in and whacking the very first ball for a six. One should be able to give his best very quickly,” Manjrekar added.

If a senior is seen not to be in consonance with the team he was bound to be in limbo this IPL season as it was the one with big auction where all combinations changed after 10 years. At home, Gambhir may have missed the sharp bowlers of KKR and the team bonding that made it so good just a few seasons ago. In an eternally underperforming team of Daredevils, his isolation became complete even as his runs dried up.

This was a clear case of a senior running out of steam and Gambhir wisely stepped out of the captaincy as he could no longer take the pressures that come with the expectations of an IPL team, regardless of what terms he came into the team on. Having teased his home side by scouting for a new home and getting a record fee on moving out to Kolkata, Gambhir’s comeback was a less exalted event than may have been made out by the team management who saw value in his “coming home again.”

T20 offers plenty of scope for the seasoned players too, as Mahendra ‘King’ Dhoni keeps proving every day, but he too needs the yellow jersey of CSK to revel in harmony and perform with motivation. T20 is a young man’s game when it comes to chipping in with the bits and pieces, but it is the wizened senior who more often bats teams into winning positions like Dhoni. As a rich kid from a family of businessmen, Gambhir may not have needed the money as much as the stardom. But lack of motivation has caught up with him and he may struggle to find it even after giving up his salary voluntarily.

Harsha Bhogle
@bhogleharsha
Had a hunch that @GautamGambhir would step down after the statement from the management of #DelhiDaredevils that bold decisions were round the corner. Think it was more to do with his batting form than his captaincy at which he is among the best.

I don't know how much longer @GautamGambhir will go on but he has been fantastic for the #IPL and his association with #KKR will be part of IPL history. Top player and, in all my dealings with him, top man.

Irfan Pathan
@IrfanPathan
Such a great guy @GautamGambhir captain or not with his passion for the game n Delhi m sure he will still play his part helping n doing well for DD #topman.

Joy Bhattacharjya
@joybhattacharj
Gautam Gambhir's stepping down as captain reminds me of one of the last scenes of Sholay, where Jai, dying, looks at Radha & softly says to Veeru, ‘Yeh Kahani Bhi Adhoori Reh Gayi’.