Nazir was way more talented than Sehwag, but had no brains: Shoaib Akhtar

Nazir played only eight Tests for Pakistan, scoring 427 runs and featured in 79 ODIs to score 1895 runs 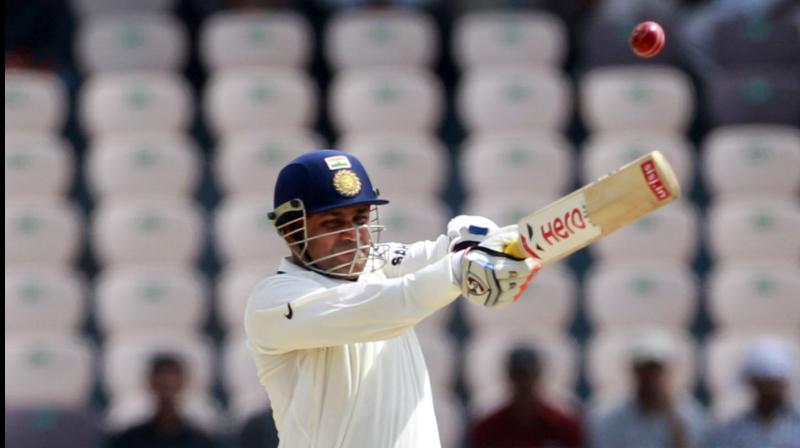 Virender Sehwag going after the ball in his inimitable style. AP Photo

Karachi: Former Pakistan pace bowler Shoaib Akhtar believes that Virender Sehwag's contemporary from pakistan Imran Nazir was more talented than the aggressive Indian but didn't have brains and was also let down by the country's cricket administration.

The 44-year old believes Pakistan, in general, did not take good care of the talent it had.

"When he hit a brutal hundred against India in a side match, I asked them to play Imran Nazir consistently but they didn't listen."

Nazir played only eight Tests for Pakistan, scoring 427 runs and featured in 79 ODIs to score 1895 runs.

Criticising the Pakistan cricket establishment, the Rawalpindi Express said it did not nurture the players it had.

"It is unfortunate that we do not know how to take care of our brands. We could have had a player better than Virender Sehwag in Imran Nazir. He had all the shots while also being a good fielder. We could have utilised him brilliantly but we just couldn't," he said.

The former pacer said Javed Miandad played a crucial role in shaping Nazir's career. "Whenever Imran Nazir played well, it was because of Javed Miandad. He would be in the dressing room and trying to get him to play.

"Whenever he played a bad shot Javed bhai would send him a message in order to keep him focused."