This M(IDA)S turns old to gold 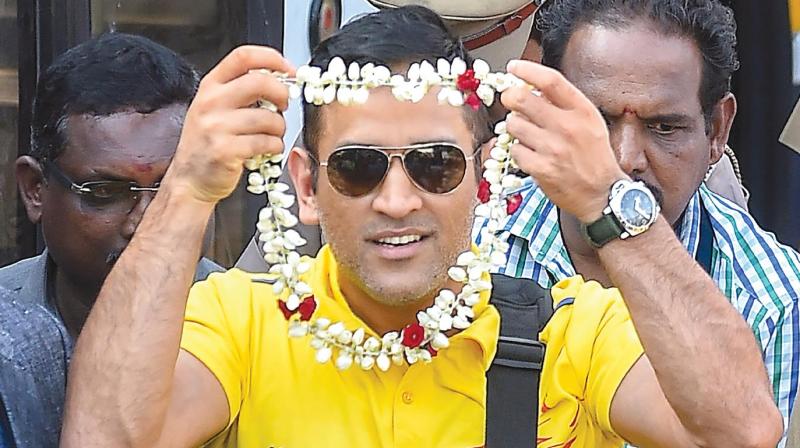 Chennai: After being banished for two years from the IPL in the wake of a team official's involvement in betting, Chennai Super Kings had a strong desire to do well in the 11th edition of the tournament. As it turned out, the comeback was a fairytale with M.S. Dhoni & Co. winning their third IPL crown. As always, the team’s fortunes — brand value as well as results — revolved around Dhoni.

Coach Stephen Fleming who has been working with Dhoni since 2009 says the skipper has a strong ability to get the best out of his players. Not many expected that the likes of Ambati Rayudu, who had been out of the Indian team, and retired Aussie Shane Watson would prove to be CSK’s vital cogs this season.

“There is a big influence of Dhoni on Indian players and it also extends to some international players. The management gives big roles to those whom Dhoni shows faith. MS has a strong ability to get the best out of his players. Our job is to back them. It’s a dynamic team structure. Some of the players in our squad needed a bit of boost in their careers. We are just making the most of a remarkable captain,” said Fleming.

Super Kings landed here on Monday to a rousing welcome and the franchisee owners organised a get-together along with sponsors.

Fleming spoke about factors that helped the team overcome hurdles en route to the title.

On what compelled CSK to go for Shane Watson at the auction: CSK CEO Kasi Viswanathan is very fond of Shane! Kasi may look quite, but has got very strong opinions. So, whatever he decided I had to go with that. We didn’t discuss what Shane had done in the past; our discussion was around his future. We wanted to use him in different way — opening the batting and bowl a few overs. We always liked players who are multi-talented. Shane has been incredibly professional and exceeded our expectations. And MSD looked after his workload well.

On CSK’s comeback after a two-year ban: The two years were difficult for the franchise. The desire to get back to the competition was high. It was sustainable to keep winning throughout. The players were motivated (to win). I am proud of how different individuals stood up at key moments.

I am proud of the way experienced players showed their way. We believe experience coming back into the competition was going to be a key component. There were lots of emotions in the franchise for what had happened and there was a lot of reasoning behind this team.

On areas CSK would like to improve next year: I am not saying that we were the best team of the competition, but we had a strong desire to do well. I think it was one of the evenly-contested IPLs. Every team is meticulous with plans. We are not stats driven; we are people driven which is something that we will continue.

On playing their home matches in Pune: It was disappointing when we heard that we had to move out of Chennai. At the auction, we had picked the team considering the conditions in Chennai. It was a difficult situation, but decided to get on with it. As Dhoni and I had experienced Pune, it turned out be a deciding factor. We made the transition well.

On the final that turned out to be easier than expected: It was a good struggle, the opening spell was outstanding from Sunrisers. It was a real battle in the first four or five overs. Watson gradually found a bit of rhythm and range. He kept patience and did not give it away. He knew his power game would get the team out of trouble. For the final, we wanted an option against Hyderabad's right-handed batsmen. We brought in Karn ahead of Harbhajan. SRH could have got to 190-200, but Ngidi and Shardul bowled well.