Legendary cricketer Jonty Rhodes gets chatty about his love for India and more in this exclusive interview. 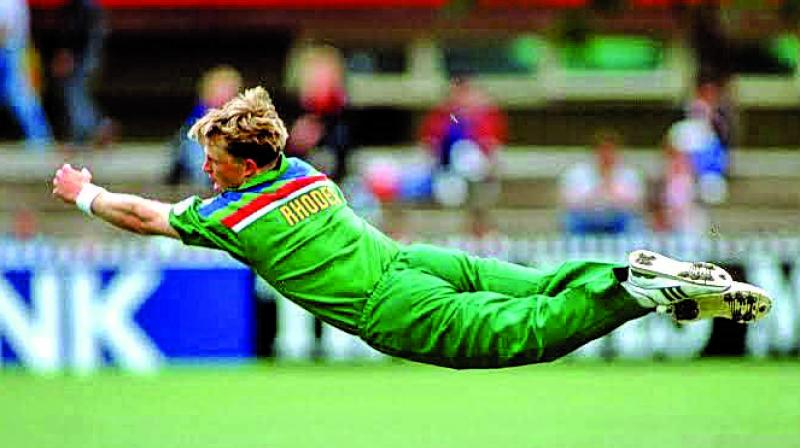 A file picture of Jonty Rhodes used for representational purposes only

If you’re a 90s cricket buff, there’s no way you wouldn’t have been in awe of this legend’s agility. An icon for a generation of cricket lovers, Jack-in-the-box Jonty Rhodes was in town as brand ambassador for a nutrition brand. In a freewheeling chat with DC, the fielding legend got talking about his love for India and more…

As someone who believes in leading a busy lifestyle to stay fit, the former cricketer kicks off his day by dropping his kids to school, with his wife Melanie. “We do a lot of yoga - heated yoga, Bikram yoga and other styles. We try to do yoga at least four to five times a week. We also stay close to the ocean, so fitness for me is more about my lifestyle. I know what my body requires – I stay fit just by being active,” he says.

When it comes to his fielding, we can’t help but reminisce the 1992 World Cup game between SA and Pakistan, where Jonty splendidly dove full length to run out Inzamam-Ul-Haq. As the former fielding coach for Mumbai Indians, how important does he think is a fielding coach today? “Everyone is now appreciating fielding as the third element in the game.

It’s important not just in T20 cricket, but in every format. I had no fielding coach. Since I was a hockey, tennis and soccer player too, I had all these elements combined to make me a fielder. You can’t just have three to four good fielders when you have someone like ABD who’s Mr. 360. Now captains and coaches need to look at fielding skills of a player too. If they’re weak in fielding, they have to be much better as a batsman or bowler to make the cut,” he opines.

Jonty’s immense fondness for India is well-known as he’s pretty vocal about. But he took his love for the country a notch higher when he named his daughter ‘India’ Rhodes.

“My wife’s a yoga teacher and that’s very much apart of her existence. She’s somebody who’s very focused and likes to learn about different cultures and is certainly a way deeper thinker than I am. The thousands of years of culture in India has a lot of power and energy. Before we got serious about our relationship six years ago, I told Melanie that half of my life would be in India and asked if she’d be okay with it. And yes, she was - she’s always loved coming to India. She even went to Rishikesh with our two babies and spent time in the ashram there,” he reveals. 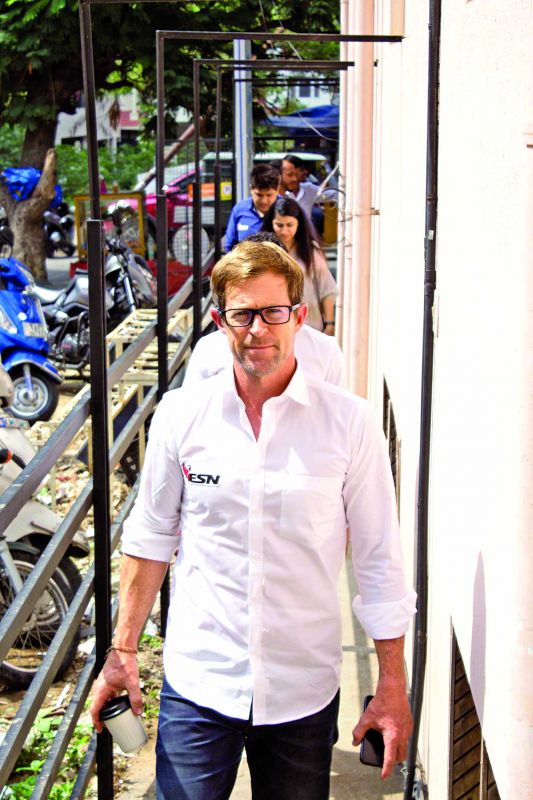 India’s myriad cultures were fascinating for Jonty, who grew up in a place that had parted areas. “When I was growing up, the whites lived together, black Africans and Asians lived together - in parted areas everyone lived separately. But here, even though everyone is Indian, every place you go to has different food, songs and every part is so diverse,” he shares.

Has his daughter realised that she’s named after a country and the big deal around it? “She hasn’t yet luckily. She’s just appreciative of anybody who loves her here. In a few years, she will know, so then we’ll keep her away from India! But it’s important for her to come spend time here. We’d like to show the kids as much of the country as possible,” smiles the doting daddy.

While he relishes desi food, Jonty admits that India’s ruined his sweet tooth forever! “I used to eat chocolates by the bar – since I could get away with it as I’d be smashing those calories while playing. I’d finish all the chocolates in the mini bar too, but then I had the gulab jamoon here - it was way too sweet and now I can’t have any sweets!” he quips.