With this record, Saxena has entered an elite club filled with Indian legends like Kapil Dev, Lala Amarnath and Polly Umringer. 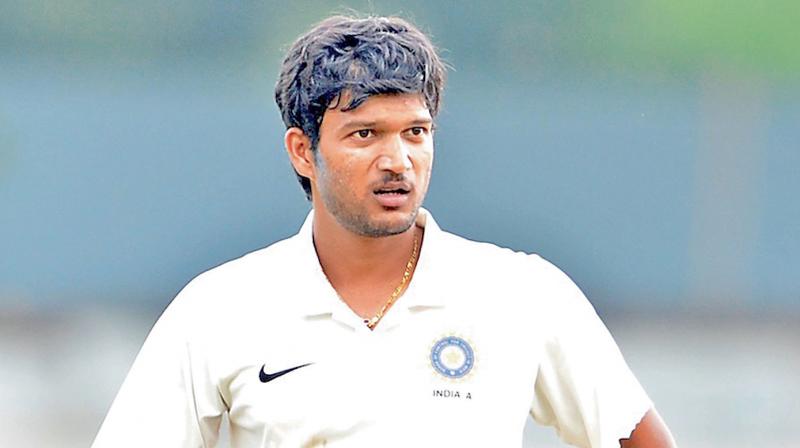 Mumbai: 32-year-old Jalaj Saxena has created history by becoming the only uncapped player to score 6000 runs and take 300 wickets in first-class cricket. This rare feat took place in the Duleep Trophy match between India Blue and India Red.

With this record, Saxena has entered an elite club filled with Indian legends like Kapil Dev, Lala Amarnath and Polly Umringer. Thus far, he has managed to feature in 113 first-class matches, taking 305 wickets and recording 6044 runs.

In an interview to Sportstar, Saxena was quoted saying, “I knew I completed 300 wickets but I did not know that I am the only uncapped player among the legends. I feel honoured to learn that I am in the same list with Polly Umrigar, Lala Amarnath, Kapil Dev etc."

What an absolute giant of Indian cricket! 🙌 Well done on an incredible achievement, @jalajsaxena51 👏👏 #ThisIsNewDelhi #DelhiCapitals Repost from @jalajsaxena51... With seven wickets against India Red, I completed 300 wickets. Became the only player in the history of Indian Cricket who scored 6000 first class runs and took 300 wickets and never played for India. Also, the only player in last 14 years to achieve these numbers. #keepgrinding #indiancricket #bcci #teamindia

He was bought by Delhi Capitals in the IPL 2019 for Rs 20 lakhs. He has also been a part of two IPL teams before, Mumbai Indians and Royal Challengers Bangalore. Another record to his name is that he is the only Indian to have scored a century and taken eight wickets in the same match twice.

Despite his domestic brilliance, he still hasn’t made it to the national team.