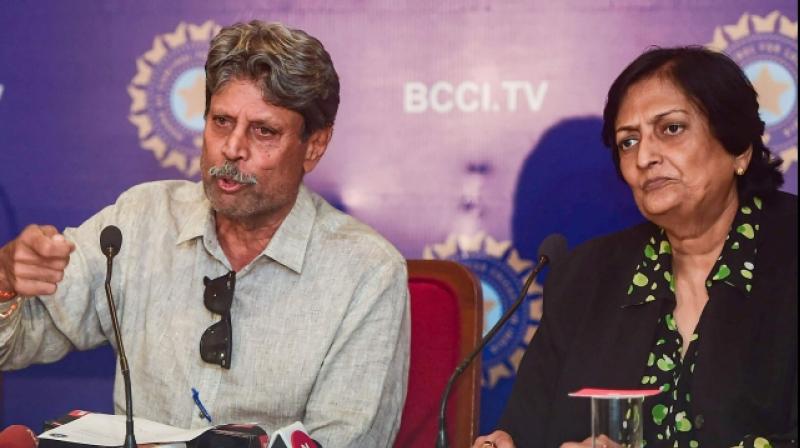 Shantha Rangaswamy was a member of the CAC along with Kapil Dev and Anshuman Gaekwad. (Photo: PTI)

New Delhi: Shantha Rangaswamy on Sunday stepped down as a Cricket Advisory Committee (CAC) member after being served a conflict of interest notice by Board of Control for Cricket in India's (BCCI) ethics officer Justice DK Jain.

"I have submitted my resignation to the CAC and have forwarded it to the Committee of Administrators (CoA). I have also sent it to the chairman of ICA. I have other plans. There are other ways of serving the game," Rangaswamy told ANI.

"Secondly, the committee meets once in three years and if that is to be held with conflict of interest, that is not worth it. If this thing falls under the conflict of interest, it is wrong then. We picked the head coach and if that is considered as conflict, then I do not see any point as I do not want any conflict in my life. I can still serve the game in a different way," she added.

Rangaswamy was a member of the CAC along with Kapil Dev and Anshuman Gaekwad.

Earlier, Justice Jain had sent the conflict of interest notice to all CAC members over the complaint made by Madhya Pradesh Cricket Association's (MPCA) member Sanjeev Gupta.

In the notice, the ethics officer had also asked the CAC members to send in their reply by the given deadline.