That Kohli, among the fittest players in the world and with boundless enthusiasm for playing, should raise the red flag is telling. 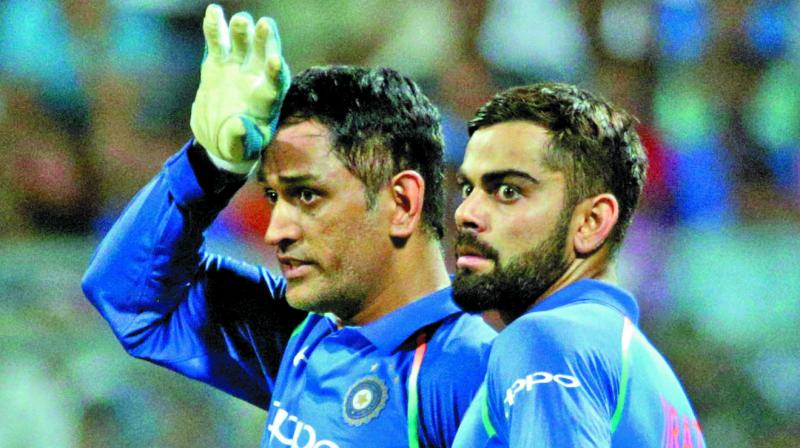 Eyebrows were raised before the start of the ODI series against New Zealand when Virat Kohli mentioned he might take December off fearing burnout because of excessive cricket.

This meant possibly skipping the final Test too, apart from limited overs matches against Sri Lanka. India would not only miss their captain and most influential player, but even the box office appeal of these fixtures would be affected.

As it happened, Kohli’s statement coincided with the release of an advertisement he did with girlfriend Anushka Sharma which was suggestive of them ‘settling down’. Was marriage then his primary reason for not wanting to play in December?

The media went into a tizzy speculating on the matter. Understandably. Kohli is the country’s most eligible bachelor, Anushka a topnotch film star with a high celebrity quotient of her own. Willy-nilly, their association has enormous `news value’ for readers and viewers.

How this romance plays out, however, is not germane to the original issue raised by Kohli: Of work overload and player fatigue. And even if he is convinced by the BCCI to play in December, the problem he has flagged remains.

Consider how the past year — since New Zealand were here — has panned out for the Indian team. On the heels of the Kiwis tour (three Tests and five ODIs), came the grueling five-Test series against England, then a break for Christmas before limited overs matches against the same opponents.

Barely was that completed when a one-off Test against Bangladesh popped up. This was followed by a four-Test series against Australia, and then the arduous two-month period in which the IPL was played to bring the home season to a close.

And just in case you’ve forgotten, there is the end-of-season IPL to be played in April-May of 2018 before the team ready for a full tour of England next summer which will brings us to the brink of the next home season.

Phew! If just reading this leaves one breathless and confounded, imagine the state of the players. The fact that the team have coped splendidly, producing outstanding results, does not take away from the stress and strain they have to endure.

Apart from all the time spent in the nets and on the field during match days, there is the constant travel, hours spent waiting to board flights, checking in and out of hotels. This can leave them jaded — physically and mentally.

True, these guys are professionals and paid handsomely for their efforts. But there is a threshold beyond which even the most fit will start to wilt. That Kohli, among the fittest players in the world and with boundless enthusiasm for playing, should raise the red flag is telling.

Mind you, this is not the first time such concern has been voiced by an India player. But given Kohli’s stature, this acquires greater gravitas and should carry more clout where administrators are concerned.

In 1979-80, after a long, tortuous home season, I remember the then captain Sunil Gavaskar opted out of the West Indies tour to follow citing fatigue. The BCCI fulminated, but Gavaskar was adamant. With star player unwilling, the host country was unimpressed too and the tour was scrapped.

Not the ideal solution admittedly, but highlights why it is imperative that the administration works out a workload that puts team and country to optimum benefit in the long run.

That can’t happen if pedigreed players are turned into beasts of burden.