Ashwin made a point saying how moderns like him were fortunate to have technology backing them. 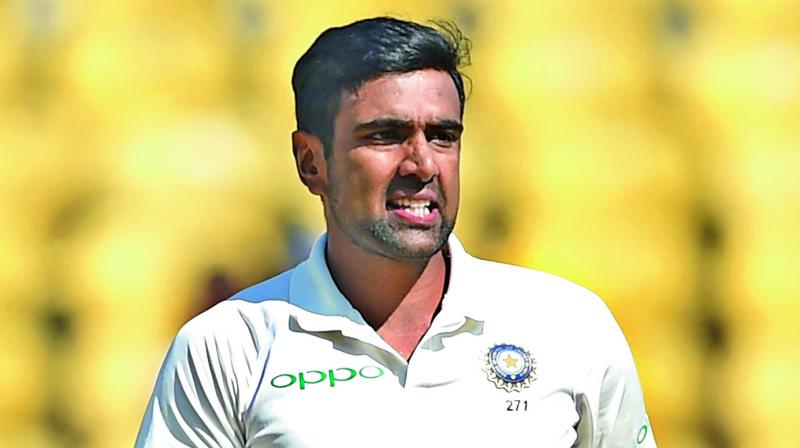 It is to be assumed in most parts of the cricket world that only the curator should know what type of pitch he will be preparing for a Test match. It doesn’t quite operate that way in India, and probably Asia, where the host team has always been known to ask for the kind of pitch that would suit its bowlers best. This is where Kohli’s team seemed to have taken a very bold decision in going for a second green top in the series, maybe with an eye on the South Africa tour. However, as we know with the best laid plans of men and mice, this one went awry too but Ravichandran Ashwin wasn’t heard complaining.

The spinner grabbed the opportunity to get right back into his big wicket-taking ways and leapt into the record books at the 300-Test wickets mark, which he achieved faster than anyone else in the world, much as he had done at the 250-wickets mark. As a subcontinental bowler, he stands behind only Waqar Younis in the strike rate table while being ahead of Imran Khan and Wasim Akram at the same wicket mark. Where his speed record is remarkable is he has taken 300 wickets quicker than Muttiah Muralitharan, that wily fox of an off spinner who could turn the ball a mile on a shirtfront.

Ashwin made a point saying how moderns like him were fortunate to have technology backing them.  The hand speed, angle and height of release and the ideal speeds to bowl at make a big difference when you are otherwise sweating to squeeze some turn out of a reluctant pitch like the one in Nagpur. This is where tech must help the most as the moderns pore over tapes and all the stats and speeds that go with it, not to speak of the modern training methods that find the best fitness niche for individual sportsmen. Without all that, Ashwin would not be where he finds himself now as the quickest to 300 Test wickets who is thinking 600 would be a nice target to keep in mind.

Ashwin seemed thrilled with the carom ball that spat and turned to get him his wicket no. 300. Turning the ball both ways is another advantage all modern spinners yearn for because the batsmen also have the tech advantage of studying modes of attack and make a counter plan by which facing the predictable becomes simpler.

The offie has not been figuring in the ODI plans for now, which means the World Cup is a kind of distant dream unless the scenario changes with the younger bowlers failing to live up to the challenge on the tours of South Africa and England next summer. Whichever way it goes from here, Ashwin must be pretty pleased with what he has achieved as an off spinner with all the guile of a modern who has to make up for flatter conditions on covered wickets unlike early days.

Thanks to Virat Kohli’s pace of scoring, Team India were far ahead of the game after the Sri Lankans had botched up their first innings when conditions were at their best for batting. With Murali Vijay and Chetswar Pujara laying the foundation and Rohit Sharma sealing his comeback to complete the quartet of century makers, Kohli led the Lankans on a merry dance in his fifth double century.

The sky is the limit for a batsman who is at the peak of his prowess and still under 30. He is still only past the halfway mark to Sachin’s hundred centuries but he has many more productive seasons as a modern with scientific training methods enhancing strength and stamina.

Team India is in a good place though they must be tested more outside the home environment to be called truly great. For instance, they have never won a series in South Africa and it could well be the best place to start aiming for new conquests. Kohli is ambitious enough to want to prove he is the best captain India has ever had. Having already scored 12 Test centuries as captain, he has been setting a personal example even as success has been coming his way in huge numbers. And if it hadn’t been for on bad day at the Champions Trophy final this would have been the perfect year of years.