The Sri Lankan team were on their way to Lahore's Gaddafi Stadium for a Test match with Pakistan when terrorists fired indiscriminately. 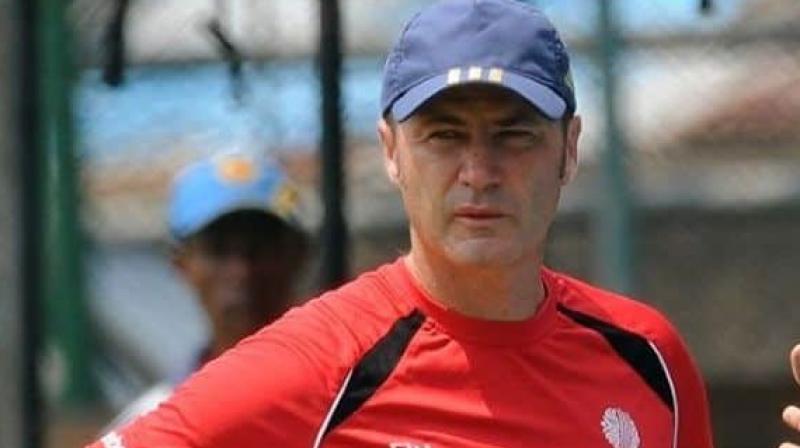 Recalling the 2009 terror attack on the Sri Lankan cricket team in Lahore, Simon Taufel, the five-time ICC Umpire of the Year, has said that the incident continues to haunt him even after a decade. (Photo:AFP)

New Delhi: Recalling the 2009 terror attack on the Sri Lankan cricket team in Lahore, Simon Taufel, the five-time ICC Umpire of the Year, has said that the incident continues to haunt him even after a decade.

"Since that day, loud noises and sudden bangs make us jumpy and at breakfast that morning, the sound of a spoon hitting the floor almost caused us to lie flat on the floor again. I thought it might take us some time to work through this disaster and I was not even sure if we would be able to put it entirely behind us. Even today, fireworks and the sound of any guns, or similar loud sounds, are somewhat uncomfortable," Taufel wrote in his recently released book 'Finding the Gaps'.

The Sri Lankan team were on their way to Lahore's Gaddafi Stadium for a Test match with Pakistan when terrorists from Taliban and Lashkar-e-Jhangvi (LeJ) fired indiscriminately at their bus. The attack left eight people dead and injured seven Sri Lankan players and staff.

Taufel was a part of the four-member match-official contingent. He and Steve Davis were the on-field umpires, Nadeem Ghauri and Ahsan Raza were the third and fourth respectively.

"Call is not about that something happened inside the boundary. Rather, it was an occurrence during one of my travels to the cricket ground," Taufel has written in the book.

Sri Lankan players such as Kumar Sangakkara, Ajantha Mendis, Thilan Samaraweera were injured in the attack.

"Before this series, Steve, Chris and I had been quite aware of the potential security issues within Pakistan, and we went to extra ordinary lengths to communicate with the ICC on these matters and we were given repeated assurance," Taufel wrote.

The umpire also went on to say that he along with match-referee Chris Broad were aware of the possible security issues in Pakistan and they were in constant touch with the apex cricketing council.

"The first Test in Karachi came and went without incident, but as we were finishing it, there were murmurs about possible issues in Lahore and there were talks of holding the next Test match also in Karachi," he added.

The 48-year-old revealed that the match officials were taken to Dubai after the incident and they were in constant touch with the ICC. It was then, he started to feel the impact of the attack and said till date, loud noises are still uncomfortable.

Taufel is considered as one of the finest cricketing umpires. He was in the ICC's Elite Umpires list and he finally called time on his international career in 2012.

After that, he was the ICC's Umpire Performance and Training Manager till 2016